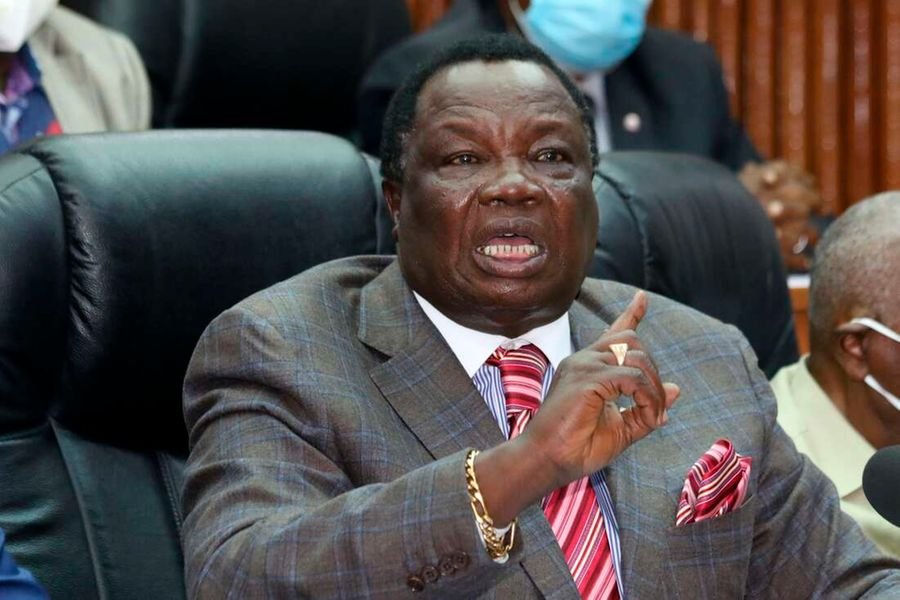 You may soon have to get permission from or pay Mr Francis Atwoli to use the exclamations “alaa”, “alaaa” and “alaaaa” for branding purposes if the Central Organisation of Trade Unions (Cotu) Secretary General gets a trademark he has applied for.

Mr Atwoli applied to the Kenya Industrial Property Institute (Kipi) in July seeking to license the three words to his name.

According to the latest Kipi Journal, Mr Atwoli wants to retain exclusive use of the words – which he often utters – in clothing, footwear and headgear.

“‘Alaa’ has no English translation. It is more of a slogan, chant or an exclamation specific and attributed publicly to myself,” he says in the application.

Anyone who might wish to challenge Mr Atwoli’s bid to trade-mark the exclamations has to file opposition to Kipi before December 29.

“(It should be filed) together with a fee of Sh5,000 (local opponent) or $ 250 (foreign opponent),” says Kipi, adding that representations as presented by the trade unionist and other applicants in the journal can be viewed at its offices on Kabarsiran Avenue in Lavington, Nairobi.

Mr Atwoli did not respond to our request for a comment on the development.

Boisterous and hard-hitting, Mr Atwoli – who has been the Cotu boss since 2001– hardly finishes an off-the-cuff speech without blurting out “alaa” and sometimes “shenzi”.

An online search shows that you can import a T-shirt branded “ALAA! ALAA!” through e-commerce site Jumia, and that the product has been available since June. The trade unionist must have seen the branding in some of the garments and decided to protect it.

“A trade mark is a sign which serves to distinguish the goods of an industrial or a commercial enterprise or a group of such enterprises. The sign may consist of one or more distinctive works, letters, numbers, drawings or pictures, monograms, signatures, colours or a combination of colours,” Kipi says on its website.

“Registration of a trade mark is direct evidence of exclusive ownership in Kenya and helps keep off potential infringers who would be attempted to ride on the goodwill of your mark.”