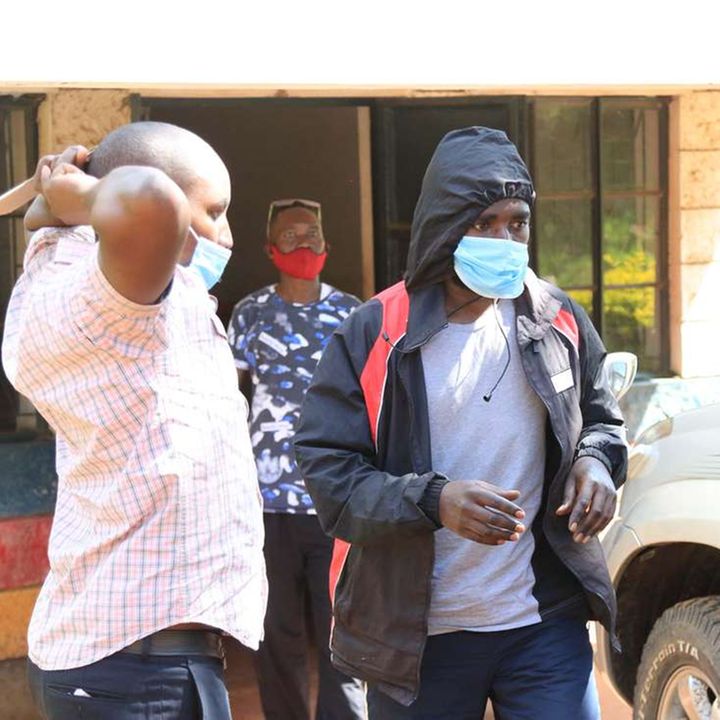 Last September, Mr Julius Gitau left a suicide note warning he was going to take his life by jumping into River Thika to escape his creditors.

He did not jump into the river.

But he eventually resurfaced from his hideout after 11 weeks to find that his troubles with creditors had gone from bad to worse, and they had started auctioning his property.

Having worked his way up the ladder of riches from a hawker in Thika town to a multimillionaire, the story of how Covid-19 had devastated Mr Gitau’s general merchandise wholesale business and set him up with creditors resonated with the business community, majority of whom were undergoing similar tribulations.

His disappearance did not add up, at least according to detectives investigating the matter. He claimed to have been kidnapped and held hostage in a house in the bush by some men who forced him to be their worker.

He came back to a business that had collapsed and auction notices were pinned on most of his properties.

Now, through Garam Investments Auctioneers, he has been served notice that his land in Thika measuring 0.228 acres on which sits a two-bedroom bungalow, two blocks of seven single room rental units and an ablution block which has two bathrooms and two cloakrooms will be auctioned.

Also attached for auction is 0.0482 acres at Majengo in Thika, on which sits the five-storey Kaharati Apartments. On the ground floor is a shop, six bedsitters and a servant’s quarters. In total, the property has 42 bedsitters.

The other property attached is at Happy Valley residential area, measuring 0.1927 acres, and which has remnants of a demolished maisonette.

The three properties are valued at Sh80 million by Thika-based Genesis II valuers, but the auctioneers want to dispose of them to recover Sh18 million.

The Nation sought his position regarding the auction.

“These are the levels that the Covid-19 has handed investors to a point many have become mentally sick, others lost their lives to depression and the rest, like me, are facing all manner of unnecessary conflict with creditors,” he explained.

Asked what he was doing to save his properties from further auction, he said: “There are several options and I am dealing with them, but I wish not to engage the media further on private matters.”

Notice of intent to auction

Mr Gitau referred us to the Kiambu County Business Community, which he said is fighting for the rights of many traders in the town who are facing similar challenges.

The community’s chairman, Mr Alfred Wanyoike, told Nation.Africa: “We are treating Mr Gitau’s woes as our collective crisis that needs our combined input.”

He said Mr Gitau case is the classic example of how bad fiscal policies of a government in times of a global pandemic can sink investments and put livelihoods at risk.

Mr Wanyoike said Mr Gitau’s case is that of ill-informed consumption of credit and was embraced by predatory lenders who did not take heed of presidential directives that they renegotiate credit service schedules.

Further, Mr Wanyoike suggests the notice of intent to auction more of Mr Gitau’s properties by September 8 to recover the Sh18 million he owes is malicious since it has devalued the properties targeted by more than 500 percent.

“But that is water under the bridge now as we stand. We have several options we are exploring, seeking a strategic partner who will buy off his loans so that his collateral can be freed. We can also move to court to ask for stay orders on the auctions and we go to the negotiation table with the creditors. Alternatively, we can get competent buyers of one of the properties, which will fetch enough to offset the money he owes,” he explained.

Mr Gitau’s police file that was assembled when he vanished indicates that by September 21, he was worth Sh260 million — this being quantified estimates of his cash in bank accounts, movable and immovable assets.

The Gatanga Directorate of Criminal Investigations office that was looking into his disappearance found he had accumulated debts of Sh50 million, but which he had secured from financial institutions by attaching properties worth a market value of Sh140 million.

This includes his Sh46 million life insurance that he had used as collateral to secure Sh9.5 million.

According to the investigation records, Mr Gitau was also in a Sh10 million debt with suppliers to his Jugi Enterprises that dealt in general merchandise supplies to schools.

He failed to pay them when schools were ordered closed for nine months owing to the Covid-19 pandemic.

The lead investigator in the matter John Kanda told Nation that the debtors started going for Mr Gitau’s properties and were targeting a fleet of lorries and personal cars valued at more than Sh70 million.

Thika West Deputy County Commissioner Mbogo Mathioya also delved into the matter saying: “Mr Gitau was not actually in a financial mess. It is only that he made some very unwise moves of taking expensive loans that devalued his estate. Even to date as auctioneers descend on his properties, he is not badly off. If only he were to get expert advice on how to go about it.”

He said the issue of Mr Gitau is still being treated as a security issue.

“Since after he came out of his disappearance he claimed that he was kidnapped by armed men with assault rifles in the heart of Thika town and to date, he has never recorded an official complaint to that effect,” Mr Mathioya said.

The administrator added it is out of that issue that the security has kept a close eye on the happenings in his estate “since under normal circumstances we would not let a criminal plot be executed to disadvantage him.”