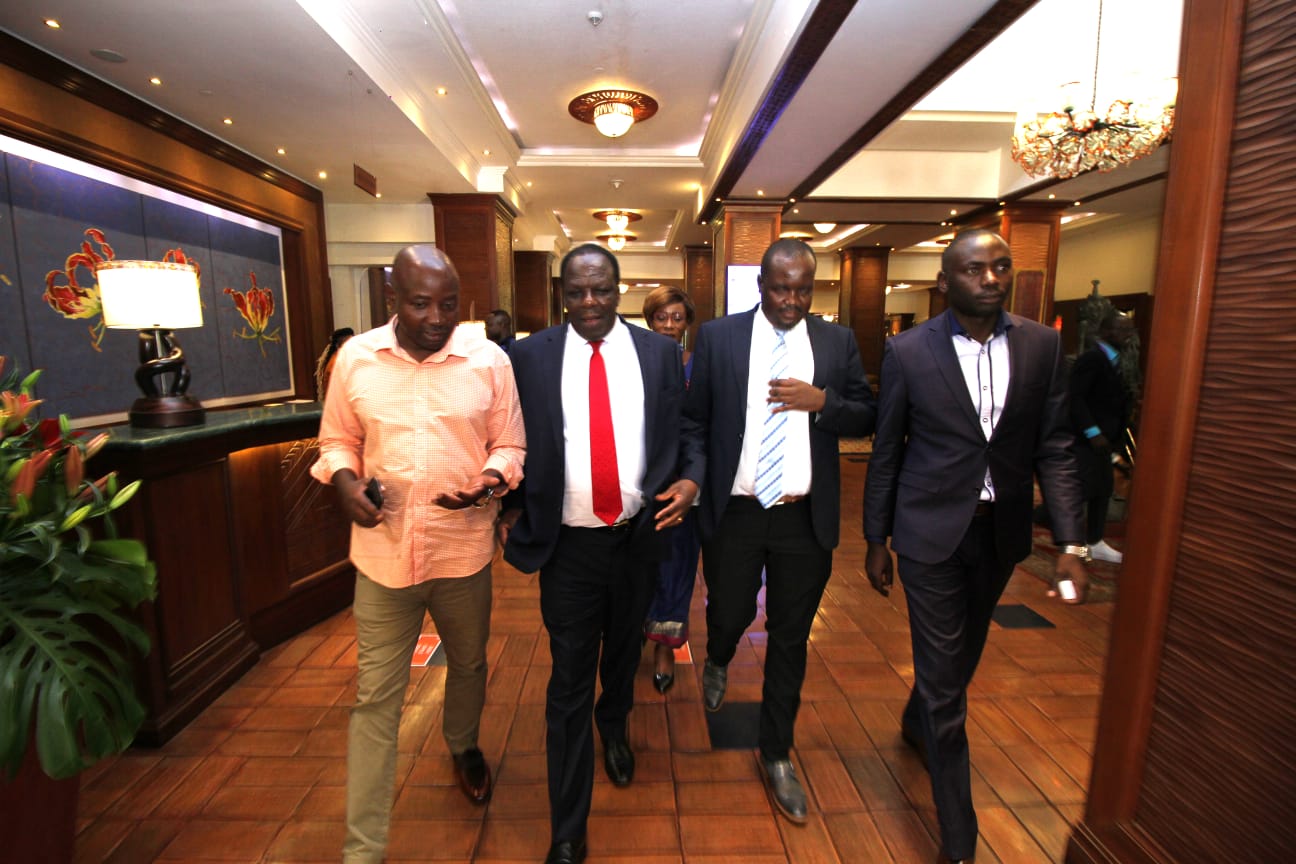 The movement comprises MCAs from various political parties under Azimio la Umoja one Kenya Alliance and Independent candidates. The Azimio candidates pledged to work and campaign together to ensure Raila Amolo Odinga is elected president of the Republic of Kenya.

“We are launching this movement and it is going to give our coalition leader Raila Odinga victory come August 9 polls,” said Engineer Joram Mweresa, CS Wamalwa’s point man in the area.

At the same venue, Mweresa was endorsed by teachers, clerics, and politicians across various political parties who convened at his Matunda home.

This happened yesterday after some of them visited him at his Matunda home in the Likuyani constituency where they promised their support for his bid.

United Democratic Party candidate for MCA ward Mr. Makani said that he will vote for Mweresa as his MP.

“We in UDP have a soft spot for you and as the chairman of the UDP caucus, I can assure you we will support you fully. This movement will shake the entire Likuyani, We fully support it. Raila Odinga, however, we want him to embrace all of us in the Azimio la Umoja one Kenya Alliance anytime he visits Likuyani, ” he said.

Mr. Akweyu, a politician and a former teacher echoed the sentiments by saying that he too was proud of the engineer and he will help him secure the seat.

“I have known Mweresa for a long, He was my student at Eshikulu secondary school, very bright and as an Engineer, I am confident he will transform the lives of people in Likuyani,” he said.

He urged him to consider infrastructure once elected as it was important for economic growth.

READ ALSO  DJ Moz: Why I opted for vasectomy

Akweyu is seeking to be the Next Sinoko ward member of the county assembly to come to the August 9 elections.

Another candidate Mr. Joshua Wekesa Blasio of DAP K who is vying for the Nzoia Ward seat said that Mweresa was the man to beat in the race.

“I knew Hon Mweresa in early 2018, he is a good man and I can say Likuyani people are lucky to have such a top brain and down to earth man, he is young and handsome a combination of my face and he will bring positive change. As agricultural Engineers we will join hands to deliver to our people,” he said.

Famous youthful politician Christopher Bala Aka Tinkler said that he was more than ready to support to ensure Mweresa is elected in the August 9 elections.

He urged the Engineer not to step down in the race but instead fight for the benefit of the residents.

” We are fully behind you and stepping down should not be in your vocabulary. We will support you fully just in case you step down you will have disappointed our people who view your candidature as the only avenue to drive them out of intimidation and isolation,” he stated, ” If you step down Matunda will be a no go zone.”

“We schooled together here at Eshikulu day secondary school and you know very well what our youths are going through,” he stated.

UDP ward candidate for Nzoia urged the Engineer to stay firm in his quest to help the residents.

“We will work together in your quest to bring change,” he said.

Others who attended the meeting included clerics, teachers, and senior elders in the society.

Mweresa thanked them for their support and vowed to fight for the benefits of good governance and development.