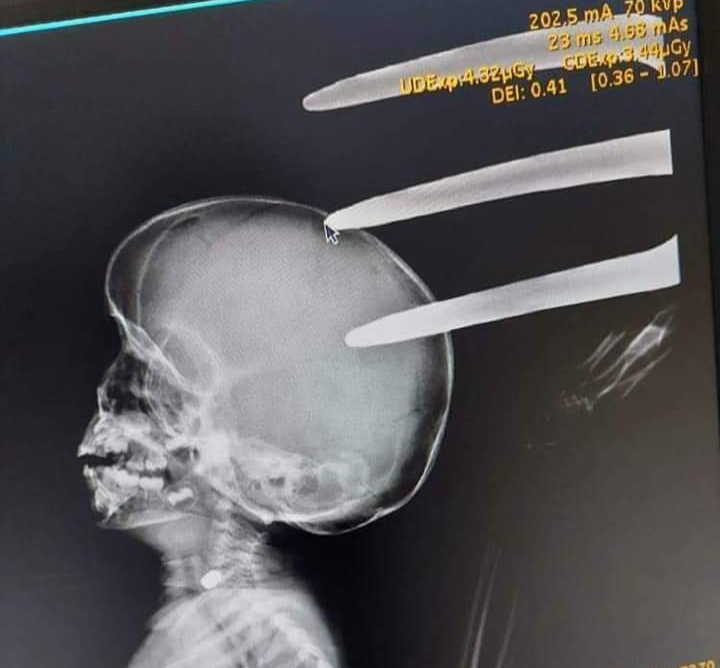 The controversy surrounding the death of baby Travis Maina has taken a new twist.

The two-year-old, who had a fork jembe lodged in his brain, may have been a victim of a conflict involving his parents, according to a report from Kenyatta National Hospital on Tuesday.

Evanson Kamuri, the CEO of KNH, testified before the Senate Health Committee that Judy Muthoni, the mother, wept after learning of her son’s murder and claimed the husband had pointed the jembe at her.

“It is something that should be investigated more by another body. When we broke the news of the death of the baby, the mother started to shout in distress about how the husband had killed her baby,” he said.

The CEO claimed that Maina’s doctors questioned whether the boy’s injuries occurred when he was playing with others.

“It was a severe injury that could not have been inflicted by other children while playing. That woman needs to come out clear on what exactly happened. We are very sorry for what happened but we have also been asking ourselves what happened,” he told the committee.

Jackson Mandago, the committee’s chair, led the senate team, and Kamuri, George Ooko, the KNH board chair, and a group of surgeons represented the hospital.

According to Kamuri, the woman lied about when the injury happened.

“When we took the baby to the theatre, we realised that the jembe had been lodged in the head for much longer than what the woman said. We could tell this from the amount of pus that had accumulated at the wound,” he said.

He claimed that Muthoni took her son to the pharmacy first, where she was told to head straight to the hospital.

The CEO further charged Muthoni with fabricating the story that she was had to pay Sh20,000 before the baby could be cared to.

He claimed that, as is typically the case when someone is processing admittance, Muthoni was merely informed of how much she would need to have.

“We do not ask for money especially for emergency cases because we look at their survival. Most of my clients do not pay, and won’t pay even after treatment. There is some Sh7 billion which has not been paid to the hospital as of now,” Kamuri said.

He said payment is normally made after a patient is discharged or dies.

“This was a high level of dishonesty,” the CEO said.

Mandago assured the hospital that they will counter-check the claims of the hospital and those of the woman before they come to any conclusion.