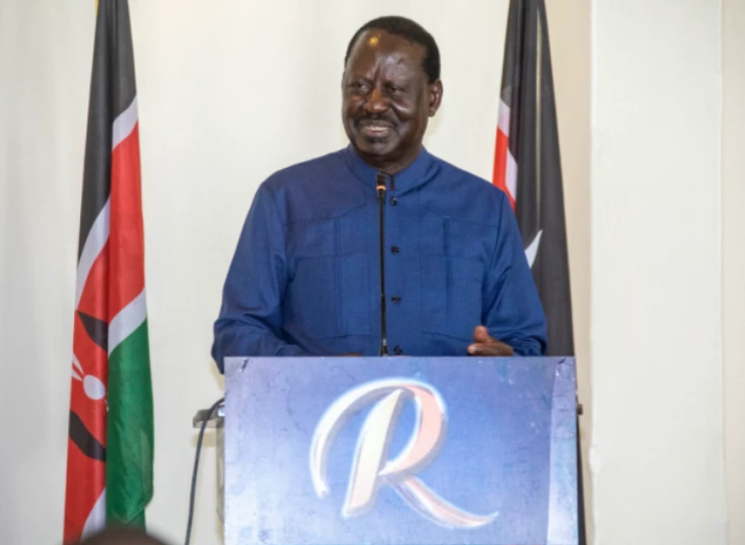 During his brief Washington DC visit, Azimio-One Kenya presidential contender Raila Odinga promised a variety of goodies to Kenyans residing in the US.

Raila Odinga, who had to cut short his visit to attend the burial of former President Mwai Kibaki on Saturday, promised improved treatment for Kenyans living abroad if elected in August.

He promised that the government’s presence in the United States would be increased, and that new consulate offices would be opened to make services more accessible.

Kenya now has two consulate offices in Los Angeles and New York, as well as an embassy in Washington.“We will open more consular missions; in Minnesota, Texas, Chicago, Colorado and more. That is easy, it will be done,” he said while speaking to Kenyans in Washington, DC.

He stated that his administration will look at how people living overseas may invest in Kenya without fear of being exploited. He believes that with improved frameworks, the diaspora may become investors rather than the existing pricey lenders.

“We’ll create an office for diaspora investment. We want to work together to build a new Kenya; one that cares for all its citizens. I’m not looking for followers, I’m looking for partners; people we can partner in building the Kenya that our founding fathers wanted,” he explained.

With barely three months before the August 9 elections, the hunt for overseas votes has increased. In March, Deputy President William Ruto visited the United States to support his presidential campaign.

According to the Central Bank of Kenya, Kenyans in the United States send close to Sh400 billion in remittances each year, presenting a potential pool for economic growth.