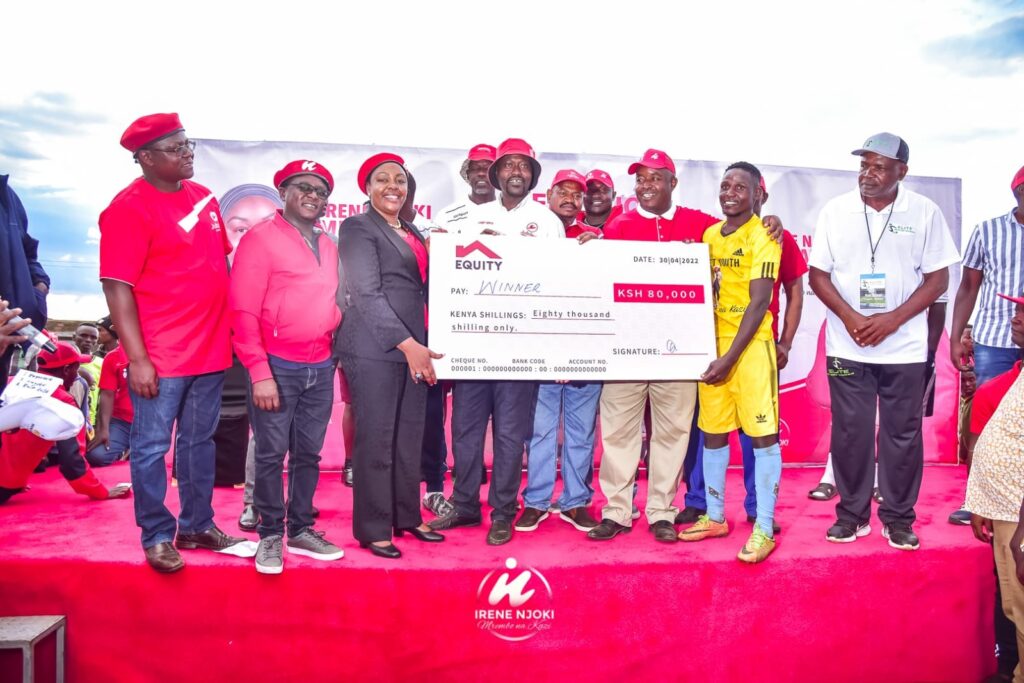 Fast-rising Lanet Youth stole the show at the Mrembo na Vijana sports tournament that came to an end on Saturday afternoon.

The tournament came to a close yesterday after 10 weeks of football and volleyball across Bahati Constituency, Nakuru County.

The mega event that was fully sponsored by Bahati Constituency MP Aspirant Irene Njoki brought together 70 teams in football and 11 volleyball teams. It also brought on board coaches from as far as the USA and South Africa, national team coaches, and local veteran football legends like Musa Otieno, George Sunguti, Francis Kimanzi, and many more.

The event also saw the training of over 70 coaches, sponsorship of many young players, and an exchange program for players.

Lanet Youth emerged the winners after beating Tisa Boys by a solitary goal. The third place was taken by Lanet Posta after they won against Tisa Wazee by two goals.

The teams benefited with different sports equipment in an impressive rewards galore that also benefited referees as well as coaches and various officials. Bahati Experience won the volleyball tournament after beating Kagoto with Kwa Buda coming in third. The MP aspirant said that she was impressed with the level of talent exposed by the young participants, promising to invest more in sports once elected.

“I’m happy for 18-year-old Leon Osoro who impressed scouts from Elite Academy in the US during the tournament and got a chance to join Spain’s Alicante FC,” Irene said.

47 Kenyans to run for presidency as independent candidates