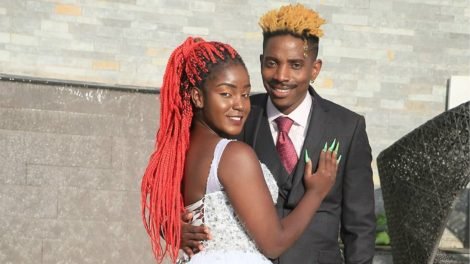 Balala who spoke to Nairobi News exclusively said that the comic was lying and that the only thing he knows is that he has seen an email from Omondi requesting a meeting.

Balala’s comments come a week after Omondi, while appearing as a guest on Radio Maisha’s Konnect Show, claimed he was in talks with the government to replace British supermodel Naomi Campbell as Magical Kenya International Tourism Ambassador.

This the CS says that it was not true.

“Yes I have seen an email he sent to my office requesting for a meeting but he did not specify what the meeting was about. I receive hundreds of emails from people requesting to be Tourism Ambassadors,” said Balala.

Balala said Campbell’s appointment to promote Kenyan tourism abroad is meant to strengthen the domestic market and not take away anything from it.

The news of her appointment stirred controversy among Kenyans with many expressing their displeasure on social media.

The CS faulted people who have castigated the ministry for failing to appoint a Kenyan to the post, saying they make appointments while targeting specific markets.

“I know everybody is asking why not Lupita. Lupita has commitments and her managers cannot allow us to access her. We’ve spent the last five years looking for Lupita,” Balala said.

Lupita hash-tagged her response to the Ministry of Tourism telling it she was available, #Imrightherebaby #alternativefacts accompanied with a picture of her laughing ironically.

“Me when I hear the Kenyan Ministry of Tourism has been looking for me for fives years,” she captioned her tweet.

Related Topics:Najib Balala
Up Next