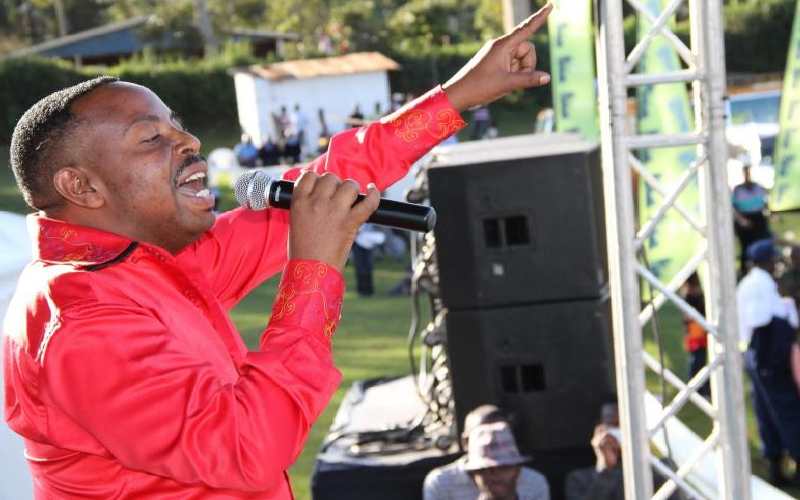 It is sad that modern-day relationships are being equated to their financial value and broke men are getting the short end of the stick.

Recently, clinical psychologist Benjamin Zulu took issue with broke men who are also struggling in relationships saying they should pick a struggle.

“Somebody is in their mid-30s, and they have no marriage nor money, and they are calmly seated in front of you gazing blankly,” he said.

Musician Ben Githae, however, holds a different opinion and thinks even broke men deserve a chance.

Taking to social media, the Maya ni Mabataro singer said some of the men who are considered successful in the modern age were not rich in the past and women ought to buy into the vision of men especially if they seem to have a clear plan.

“I have seen this guy Benjamin Zulu say that broke people should forget about relationships and concentrate on looking for money.

“Jameni some of the people we consider blessed today including Barack Obama married when they were paupers. What if Rachel Ruto despised the DP in the early 90s? What if Mrs SK Macharia looked down upon her husband in the 70s?” he asked.

There have been several debates about financial status when one intends to date or marry and social media has made us believe that there is no romance without finance.

There is some truth in this statement because even in relationships there are needs that need to be sorted using money.

Problem comes in when the entire focus shifts to the financial aspect of relationships and when one party considers the other their ‘poverty eradication plan.’

To finance certain lifestyles, some people have plunged into debt and ended up living miserable lives.

Sticking to your lane

Earlier this month, Zulu opined that people should marry partners who are at their level to avoid unnecessary conflict.

Speaking on his Youtube channel, Zulu stated that marriage is about teamwork and if you settle on the wrong person they will pull you down.

“Marriage is about teaming up with a person. If you team up with a very heavy person, what will happen is they will weigh you down. The bible called it, being unequally yoked. When I say heavy, I mean difficult, I mean someone whose burdens are difficult for you,” he explained.

“You need to choose people on your level so that you can work harmoniously. When you marry someone, they affect the direction of your life from there henceforth. There is nothing like a deadbeat wife or husband. They will either take you down or up,” he added.

How To Fund Your Master’s Studies In USA Part 2