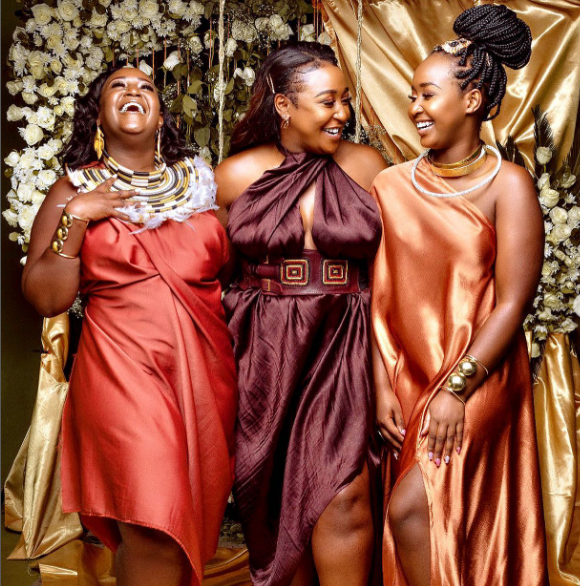 The Kyallo sisters have garnered media attention and been discussed on Twitter and other social media sites as trending topics. In their new reality series Kyallo Kuture, currently available on Showmax, the siblings are sharing every part of their lives for the first time ever.

“You’re not getting married again, are you?” Gloria, the youngest of the Kyallo sisters asks Betty in the first few moments of episode 1.

“I think I just want to do it to prove haters wrong,” Betty responds.

While Mercy’s dating life has been characterized as a perplexing tangle, Betty’s has drawn criticism after her highly publicized marriage to fellow news anchor Dennis Okari ended after just six months.

Who is Gloria dating right now? As the program examines candidly what an ideal relationship means for a Kyallo sister, all these questions are addressed.

The first episode highlights the differences between Betty and Mercy, which Gloria tries to separate herself from even as she is led back in time to their childhood home in Kahawa West.

The 13-episode reality series will also touch on parenting and sad incidents like Betty’s tragedy, which left her with a crooked smile and scars that adversely affected her confidence for years.

The former K24 news presenter discusses a variety of topics in the program, including what it’s like to be in the spotlight while caring for a child in the intensive care unit. Fans will get to watch the sisters in their element as businesswomen when Mercy, CEO of Yallo Leather, walks them through the process of starting her own high-end leather bag company.

Along with explaining more about why her infamous relationship with a friend ended with them as rivals in the same industry, Betty also reveals the real tale behind her eponymous boutique salon, Flair by Betty.

In an interview, Betty stated, “We’ve always wanted to have our own show out there because we feel like we have something to give.”

Mercy went on to say that viewers would witness a totally different side of Betty “We’re going to be very candid about who we are, and about our life struggles and happiness.”

Eugene Mbugua, the creator and executive producer of Kenya’s top docu-reality shows on Showmax favorites is the man behind Kyallo Kulture. Eugene has produced other shows like Sol Family , Wahu and Nameles; This Love show, Kalasha nominee Stori Yangu and 2019 Kalasha winner Our Perfect Wedding.

New episodes of Kyallo Kulture will air on Showmax every Friday.