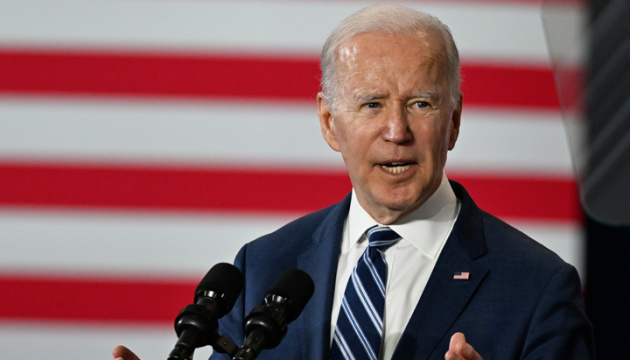 Heavy artillery, dozens of howitzers, 144,000 rounds of ammunition for them, and tactical drones will be part of the latest wave of US reinforcements, according to Biden.

He said the new package was designed to assist Ukraine’s troops in countering Russia’s increasing attack in the nation’s east, which he said would be a unique type of battle than the one in the north around Kyiv, where Ukrainian forces effectively repelled the Russian invasion in the first six weeks of the war.

Biden also declared that Russian-affiliated ships would be barred from entering US ports, and that the US Treasury will send an additional $500 million to Ukraine’s government to cover wages, pensions, and other expenses.

He claimed that the US and its allies’ solidarity in backing of Ukraine is delivering Russian President Vladimir Putin an “unmistakable message.”

“He will never succeed in dominating and occupying all of Ukraine. That will not happen,” Biden stated emphatically.

Biden promised that US military help to Kyiv would not be cut off, and that he was ready to petition Congress for more money “to keep weapons and ammunition flowing without interruption.”