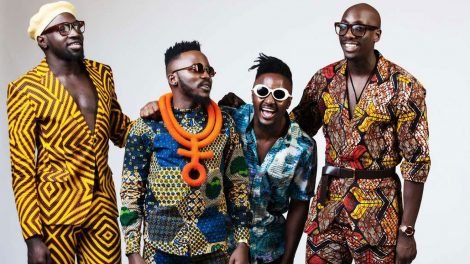 auti Sol lead singer Bien-Aime Baraza lost most of his teeth during a serious accident in the Nairobi Central Business District in 2007, and this changed the fate of the boy band.

Bien made the revelation during their weekly reality show, Sol Family, saying he was in the company of his Sister when crossing a road in the CBD when he was hit by a speeding car.

“I was with my sister; we were crossing the road in town when a car driving on the wrong side hit me. The car came and crushed my knees and I hit the windscreen with my face,” Bien said during the show.

“In 2007, I was crossing the road with my sister, Wakamba Wawili (a rap duo) and Wendy Kimani. We were from doing a song about the post-election violence. We were crossing the road at Tuskys Pioneer in town headed towards Kenya Railways. I saw a car speeding and my sister noted that the driver was reckless and was bound to hit a pedestrian,” he once said during an interview on Churchill Show.

When Savara received the news of his accident, he was in Nakuru.

“I get there, and I am like, what the hell?” Savara exclaimed.

Chimano added that Bien had literally lost all his teeth in the freak accident.

The Sauti Sol lead singer got his teeth fixed and he jokes that they are now international.

“That is why I have teeth from Germany. The Mercedes-Benz of teeth,” he said.

The group says during the time of the accident, each one of them had wanted to pursue their own dreams separately in the line of education.

On the other hand, Chimano wanted to go to Paris, France.

Bien also believes that the accident that rewrote his dental formula was a blessing in disguise.

“When I look at it, it was a good moment. I got better teeth because the ones I had were bad na zilikua zinachoma, but look at me now,” he said with a smile.

The highs and lows of single parenting in a pandemic