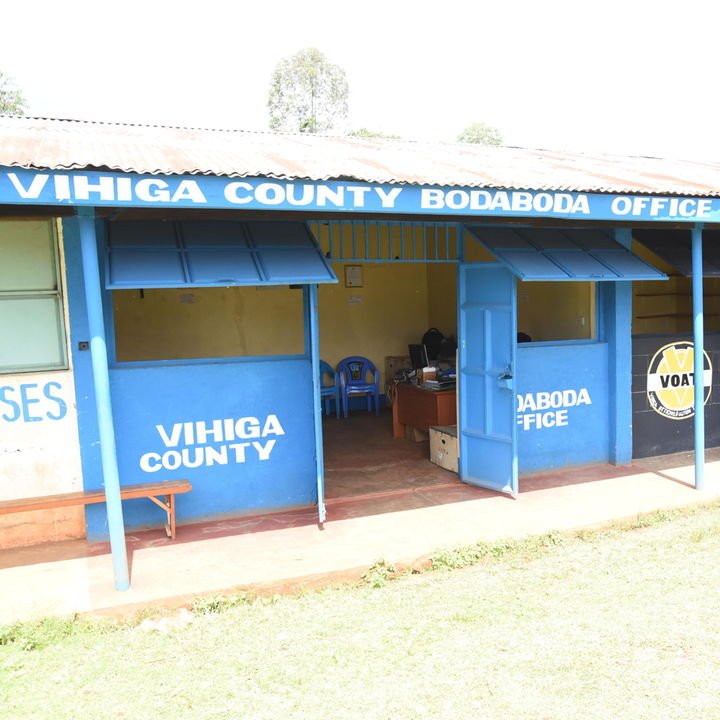 A group of boda boda operators in Vihiga County are aiming for the skies after their dream of freeing themselves from the shackles of unemployment and poverty started taking shape.

Some 5,000 operators from 150 groups have in seven months saved Sh30 million and have big dreams as they plan what to do with the money.

They decided to pool their resources after struggling to survive in the competitive boda boda sector, which has become a fashionable mode of transport for communities in western region.

They plan to invest the money in real estate and start a driving school to train riders and ensure they obtain licences to minimise accidents.

The group registered a savings and credit cooperative (Sacco) society on January 11 this year and has been operational since October 2019.

Franklin Muchile, the county boda boda chairman, said 5,000 members are active while another 16,000, including non-operators, are partially active.

The idea for the Vihiga Boda Boda Investments Ltd was born on October 2, 2019.

The operators say their dream of running a fully functional sacco drove them to start contributing money to raise capital for a project that would benefit members.

At the sacco, each member contributes weekly depending on his or her ability to pay, with a minimum contribution of Sh500.

And as a major boost to their finances, officials say they convene bi-weekly merry-go-rounds where each of the 150 groups manages to raise at least Sh500,000 to boost the sacco’s funds.

The sacco’s seven months of operation in Manyatta offices, on the Kisumu-Kakamega highway, has seen the new kid in the banking industry grow into offering loans in three categories, with officials saying they are now focused on real estate.

The offices are a hive of activity, with members coming in to repay loans, deposit their contributions, apply for loans or seek other services.

He says the move is intended to improve the lives of members in addition to restoring sanity in the sector that has been associated with various social ills.

“This has been our plan. Each group contributes its shares depending on ability, with the minimum contribution pegged at Sh500 weekly. We also draw in membership contributions through their various groups,” Mr Muchile said.

He adds: “After every two weeks, we go round doing fundraisers for each of the 150 groups. This nets at least Sh500,000 for a group through our boda boda merry-go-rounds, adding to our funds.”

Since January, the sacco has bought 100 motorbikes at a cost of Sh14 million that are given to members, who repay at low rates.

He explains that all a member does is to deposit Sh15,000 with the sacco and identify the type of motorbike he or she wants.

Repayments are made weekly, with another 120 motorbikes on the way following requests by more members.

“A group of boda bodas saw fit to come together to start a sacco. This dream began in 2019 when we registered the boda boda investments group. Our sacco was launched on January 30 this year,” he says.

He says the move to pool resources will help end vulnerability and exploitation from other financial institutions that give out loans whose repayments could buy up to two motorbikes when put together.

“Other lending institutions charge their facilities highly. For us, the only requirement is for one to be an active member of a group. We are now focused on buying land and establishing a driving school,” Mr Muchile said.

The driving school will train boda bodas at affordable prices.

He noted that insurance companies run to give boda bodas insurance covers without informing them the need to have licences, thus limiting benefits whenever they get involved in accidents.

The driving school, he says, will end this as they seek to ensure all their members have valid driving licences.

The group plans to install a gadget on motorbikes that will help locate each operator.

Mr Muchile said the gadget will detect if a rider is flouting traffic regulations by carrying more than one passenger so that they can face sanctions from the group as part of a self-regulating measure.

“There was a plan to have some of us travel to Rwanda for benchmarking about the use of the gadget. But we have decided that this will be a waste of funds and we have instead decided to procure the gadgets for the operators,” he said.

The group has attracted other riders from neighbouring Kakamega County who have shown an interest in becoming members.

“We are yet to recruit all the riders from Vihiga County. Our agents are going round the county to ensure that every boda boda is registered as a member. Once this is done, we will be ready to accommodate riders from other counties,” he said.

Getting A Greencard Through Employment After Graduation

How one couple retired at 40