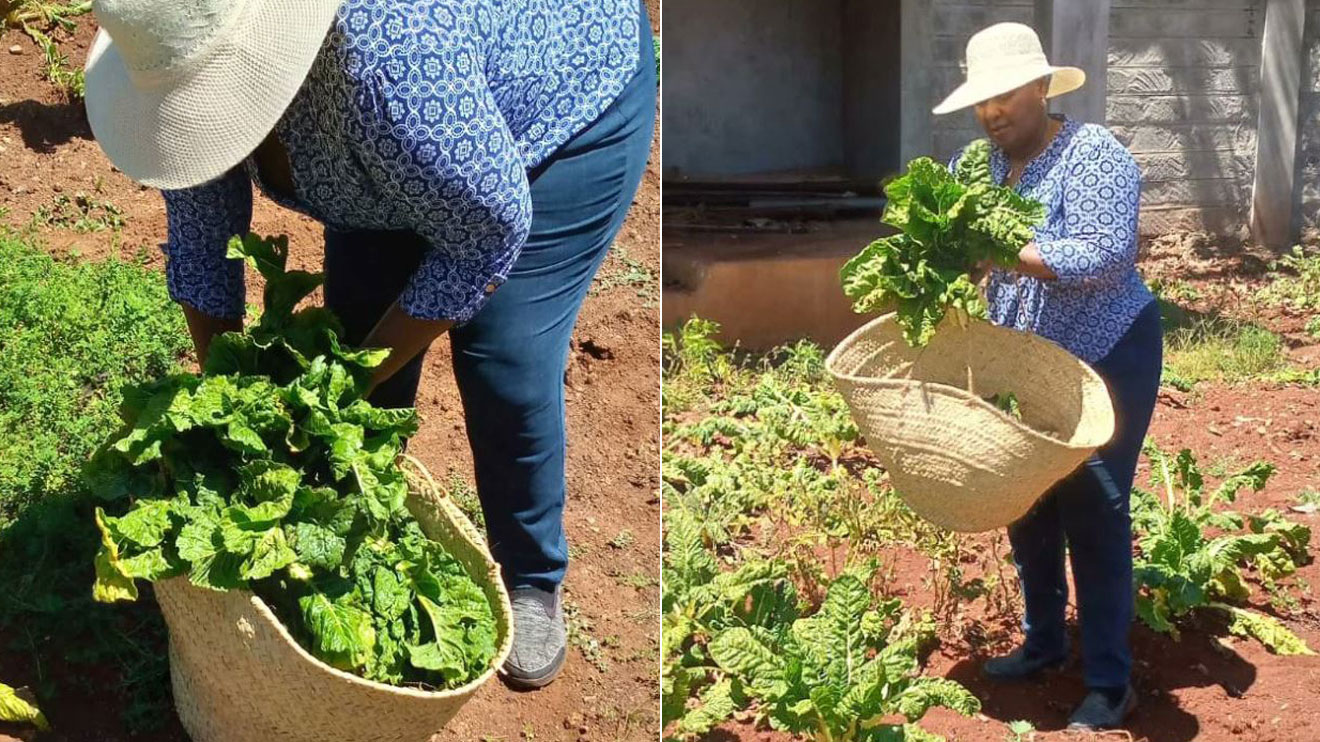 After losing her campaign for the Nairobi senate seat in the general election of last year, Bishop Margaret Wanjiru appears to have turned to farming.

The founder and head of Jesus is Alive Ministries, Bishop Wanjiru, shared photos of herself on Thursday cultivating crops at her shamba.

In the photos, Wanjiru is plucking spinach and checking her maize fields. She can be seen giving the veggie to another man in a different image.

“Ukiwa na shamba na mvua inyeshe vizuri huwezi lala njaa… Naendelea kukuombea upate shamba lako mwaka huu, (If you own a parcel of land and it rains, you cannot hungry. I pray you own your piece this year),” Bishop Wanjiru tweeted.

Only one bar should operate 24hrs in major towns – Gachagua