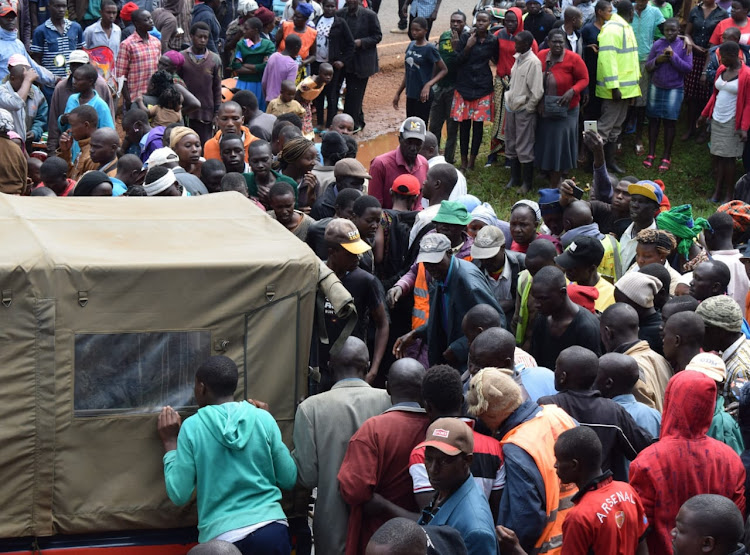 The body of a primary school teacher who disappeared on December 30 in Nyamira was discovered at a nurse’s residence.
Ezekiel Gitangwa was reported missing on December 30 by his wife Gladys Bonareri via OB 30/01/01/2023.
A police report states that Getankwa was dropped off the same day at Egesieri Village along the Nyamira Miruka Highway by a boda boda rider.
According to the police report, intelligence directed the search to a nurse’s home in Nyamira town, where the body was found wrapped in a carpet.

“A missing person report was circulated and a search was mounted whereby intelligence led the police to the house of a health worker,” read the report

“Police gained entry into the house by breaking the door since the owner was nowhere to be found.”

The body was found in one of the rooms used as a poultry house.

The body had started decomposing.

Investigations have since been launched.

The body is awaiting autopsy at Nyamira County Referral Hospital Mortuary where it was moved.