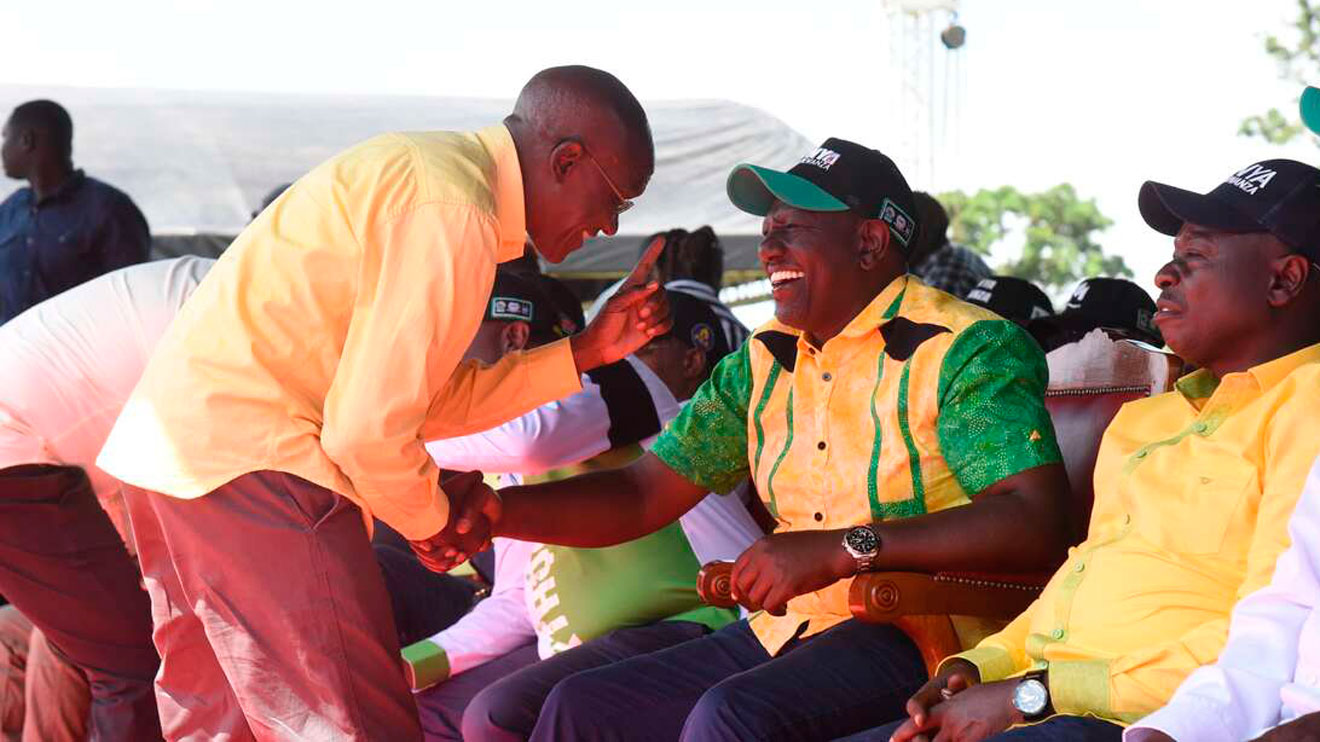 Sen. Boni Khalwale of Kakamega, Kenya, has sensationally claimed that Kenya Kwanza leaders Musalia Mudavadi and Moses Wetangula elbowed him out of the contest to become governor of Kakamega in the August 2022 elections.

Khalwale accused the two politicians of undermining him in the area during a speech at the Bungoma Independent Electoral and Boundaries Commission (IEBC) headquarters, where he had accompanied United Democratic Alliance (UDA) senatorial candidate Mwambu Mabonga to present his nomination papers.

“Mudavadi and Wetangula said they needed a young man (read Malala) to become Kakamega governor, I asked them are you sure? Do you know Kakamega well? They said yes, so I left for them that seat and contested for Senator. I convincingly won the Senate seat but did that young man win the governor?” he posed.

“I want to tell Wetangula you only have five MPs in Parliament. UDA has 145. The UDA lawmakers rallied to vote for you as National Assembly Speaker against stiff opposition from Azimio. Please let UDA have this seat. You are now a big man and should concentrate on getting the presidency when Ruto retires.”

READ ALSO  'Where the problem began': MP Jaguar speaks from his hospital bed
Related Topics:Boni KhalwaleNews
Up Next

Larry Madowo: How I trained to be a priest