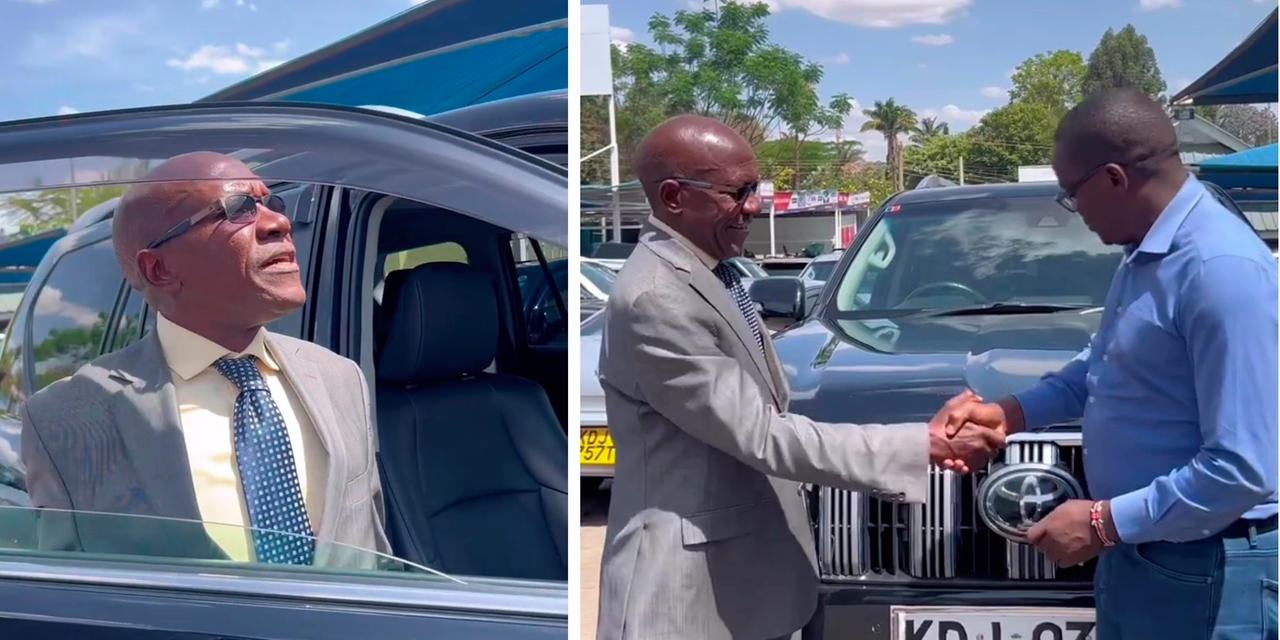 Sen. Boni Khalwale of Kakamega has spent millions of shillings on a brand-new, opulent car as a reward for returning to politics after a five-year absence.

Khalwale in a video shared by the high-end car yard, he is heard saying that it is his fifth car he bought from the car yard.

“As they say the taste of the body is in eating, and I want to say that I want to start eating by driving,” he said.

The politician, popularly known as the Bullfighter, bounced back to the Senate after spending five years in the cold since he lost the Kakamega Governor race to Wycliffe Oparanya in 2017.

New Cabinet to be sworn in today