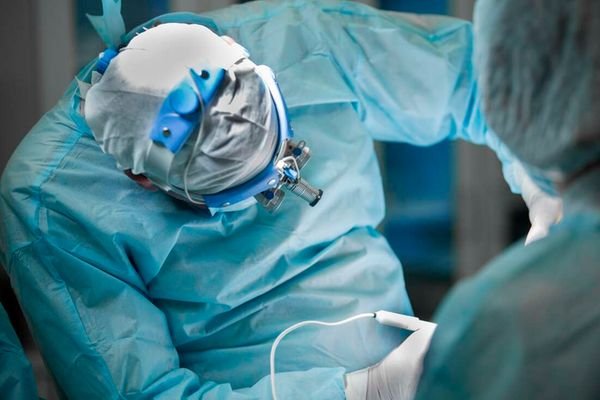 On November 23, 1992, Mr Jackson Kiplagat Towet’s 10-year-old son Joseph Kimng’etich fell from a tree while playing and got injured.

The worried father rushed him to Pine Breeze hospital in Nakuru, where he was treated and allowed to go home.

However, the family could not pay the Sh2,000 medical bill required by the hospital so they went home to collect funds, leaving the boy at the hospital.

On coming back the following day, the family was shocked to find that the boy had been operated on and was in a very bad condition.

Before he could make a formal complaint, the boy’s condition deteriorated fast and the hospital recommended his urgent transfer to the Nakuru Level Five hospital, then known as the Rift Valley Provincial General Hospital, for specialised medical attention.

At the hospital, doctors were shocked at the botched surgical operation on the child, who was now fighting for his life. He was on the verge of a coma.

In his assessment, Dr Mugo, said the operation was unnecessary, as the boy’s bones would have healed since he was still young. He further said the oxygen pipes had caused the patient lack of oxygen.

The boy’s condition became worse and he was referred to the Kenyatta National Hospital in Nairobi, where Dr Margaret Gachara explained that the child’s condition could not change.

The boy remained in hospital for a year before he died in February 1994.

Aggrieved by the death, the father filed a suit before court. Blaming Pine Breeze hospital and the surgeon, Dr Masira Mukasa, for conducting surgery on the boy without the family’s consent, Mr Kiplagat sought compensation and damages from the hospital.

READ ALSO  I did not kill wife by stabbing her 17 times, Juja man tells court

In the case, which proceeded to full hearing, Mr Kiplagat gave evidence against the hospital alongside his other son.

The case went on for three decades before a disappointing judgment was arrived at.
On April 29, Justice Hillary Chemitei dismissed the case for lack of sufficient evidence. This was despite the hospital not defending itself in court.

The judge noted that failure by the doctors at the Nakuru PGH and the KNH to testify in court alongside the pathologist weakened the case.

Dr Mugo is said to have dishonoured numerous summonses by the court to appear before it to testify against Pine breeze hospital.

“The two medical experts who handled the deceased or at least their representatives should have explained what actually happened between the time he was brought to the defendant hospital and his discharge so as to be taken to the Nakuru provincial hospital and, subsequently, Kenyatta National Hospital,” noted Justice Chemitei.

The judge further wondered how Pine Breeze hospital performed the operation without the consent of the parents and said this would have nailed the hospital.

Dr Mukasa died in the course of the case hearing.

Justice Chemitei then went ahead to show how he would have compensated the family had they managed to prove the case.

“It is, of course, unfortunate that the deceased may have lost his life via the incident, but in the absence of proof, this court’s hands are tied. It is also regrettable that the matter has taken about three decades to be concluded,” ruled Mr Chemitei.

READ ALSO  Akothee explains why she is adding weight