Boys burn dorm after being barred from church service 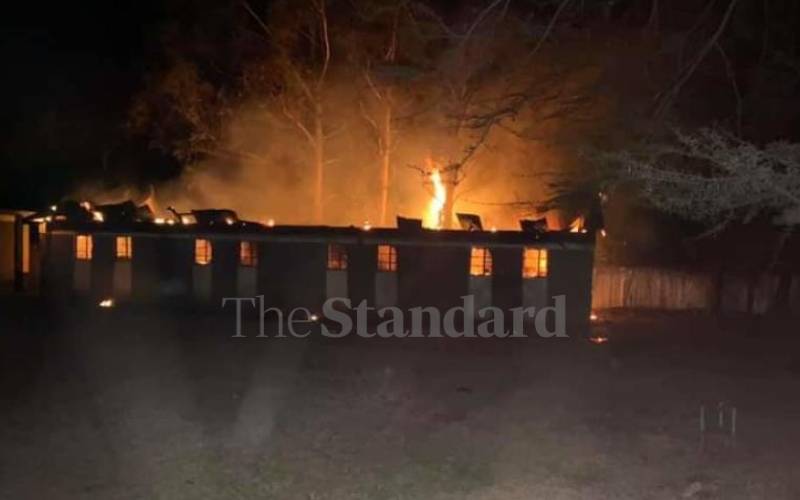 Male students burnt a dormitory at Eor-Ekule Secondary School in Narok East after they were denied a chance to join schoolgirls for a Sunday service.

More than 200 Form One students were forced to spend the night in the cold after their dormitory was razed.

According to school Principal Mary Nkukuu, the boys got angry and started hurling stones within the school compound after they were barred from joining the girls in the church service.

The service was to celebrate the launch of a new music system for the school church.

The institution is a mixed secondary school but with girls and boys having separate compounds.

The protest happened at 11pm on Sunday when the boys regrouped and burnt Loita dormitory whose value is yet to be established.

Area County Police Commander Kizito Mutoro said detectives have been dispatched to the school to probe the arson.

The county police boss said a fire engine from Narok town arrived when the damage had already been done.

“The situation was calmed and arrangements were made for the boys to be accommodated elsewhere as police commenced with their investigations,” said Mutoro.

Area Senator Ledama ole Kina, whose home is few metres from the school, condemned the incident and dressed down the students for their indiscipline.