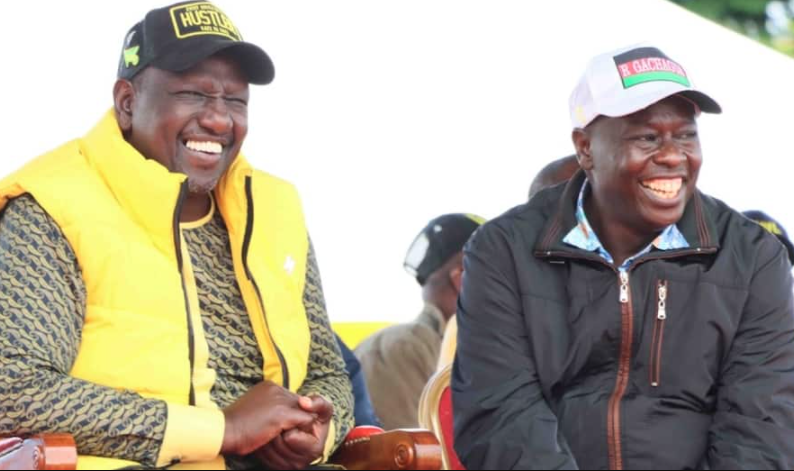 Deputy President William Ruto who is also the Kenya Kwanza Coalition flagbearer has today named Rigathi Gachagua  as his running mate in the August 9 election before the Monday 16th deadline set by the Independent Electrol Board commission (IEBC).

Gachagua is the current Mathira Member of Parliament in Nyeri County.

Dr. Ruto delivered the news on Sunday afternoon, following a late-night meeting on Saturday. “I nominate my good friend Rigathi Gachagua to be my running mate in the August 9, 2022 presidential election,” Ruto said during a press conference on Sunday.

Gachagua said in accepting the nomination. “This is the biggest day in my life and I truly thank you our Deputy President for the trust and confidence you have bestowed in me.”

While DP Ruto remained tight-lipped on the criteria he used to select his running mate Azimio La Umoja One Kenya opted to conduct interviews to determine the suitable person to deputize Raila Odinga.

Speaking at his Karen residence the second in command said he is optimistic to win the presidency but urged his supporters to remain peaceful during the whole course.

VIDEO: Ruto explains why he has picked Gachagua for running mate