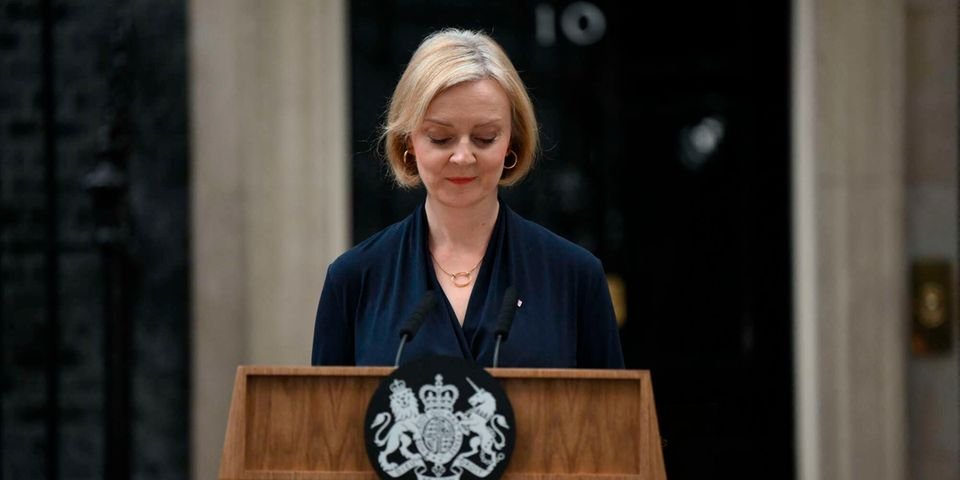 After barely 44 days in office, UK Prime Minister Liz Truss has announced her resignation. By the end of the coming week, she said, her successor would be chosen.

In September, she took over from Boris Johnson, who left in July.

A senior minister quit and MPs rebelled on Thursday, which the beleaguered British Prime Minister described as a “difficult day.”

Just six weeks after taking office, more than a dozen Conservative MPs publicly pushed Truss to step down when her tax-cutting plans sparked a market collapse amid an already dire cost-of-living crisis.

Although party rules currently ban another leadership contest for a year, many more are reportedly believed to have written letters calling for her removal.

According to Downing Street, Truss spoke with Graham Brady on Thursday. Brady is the chairman of the 1922 committee, a group of conservative backbenchers who will eventually decide Truss’s fate.

Suella Braverman, the interior minister, reportedly quit on Truss’s orders after she forwarded a formal email. However, in her resignation speech, Braverman, an extreme right-winger who has considerable backing from the Tory membership, attacked Truss in wrenching terms.

Truss sets the record for the shortest serving UK Prime Minister after just 44 days in office.

READ ALSO  Daddy Owen reveals why he will not date or marry soon
Related Topics:Liz TrussNewsPrime MinisterUK
Up Next

Co-curricular activities that IUP has to offer