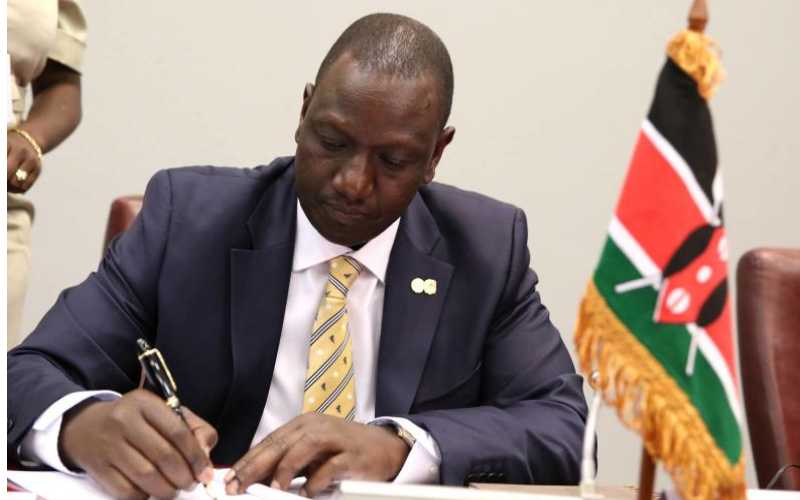 William Ruto will take the oath of office on Tuesday of next week after the Kenyan Supreme Court, on Monday, unanimously affirmed his victory in last month’s presidential election.

“We declare the election of the first respondent as President-elect to be valid…” CJ Koome ruled at 1:34PM.

William Ruto received 7,176,141 votes, or 50.49 percent of all votes cast, and was proclaimed the victor by Independent Electoral and Boundaries Commission (IEBC) chairman Wafula Chebukati on August 15, 2022. He also received the required minimum of 39 counties at 25%.

Raila Odinga, the leader of the Azimio La Umoja One Kenya coalition party, received 6,942,930 votes, or 48% of the total votes cast.

“It is our finding that the declared President-Elect attained 50% +1 of all the votes cast in accordance with article 138.4 of the constitution,” she ruled.

Chief Justice Martha Koome stated in the condensed version of the ruling that the petitioners failed to argue their case substantially.

The nine petitions that had been brought before the Supreme Court to argue that President-elect Ruto’s election should have been invalidated were all dismissed as well.

The Constitution calls for President-Elect Ruto to take the oath of office on Tuesday of the next week.

“The President-elect shall be sworn in on the first Tuesday following the fourteenth day after the date of the declaration of the result of the presidential election if no petition has been filed under Article 140; or The seventh day following the date on which the court renders a decision declaring the election to be valid, if any petition has been filed under Article 140.”