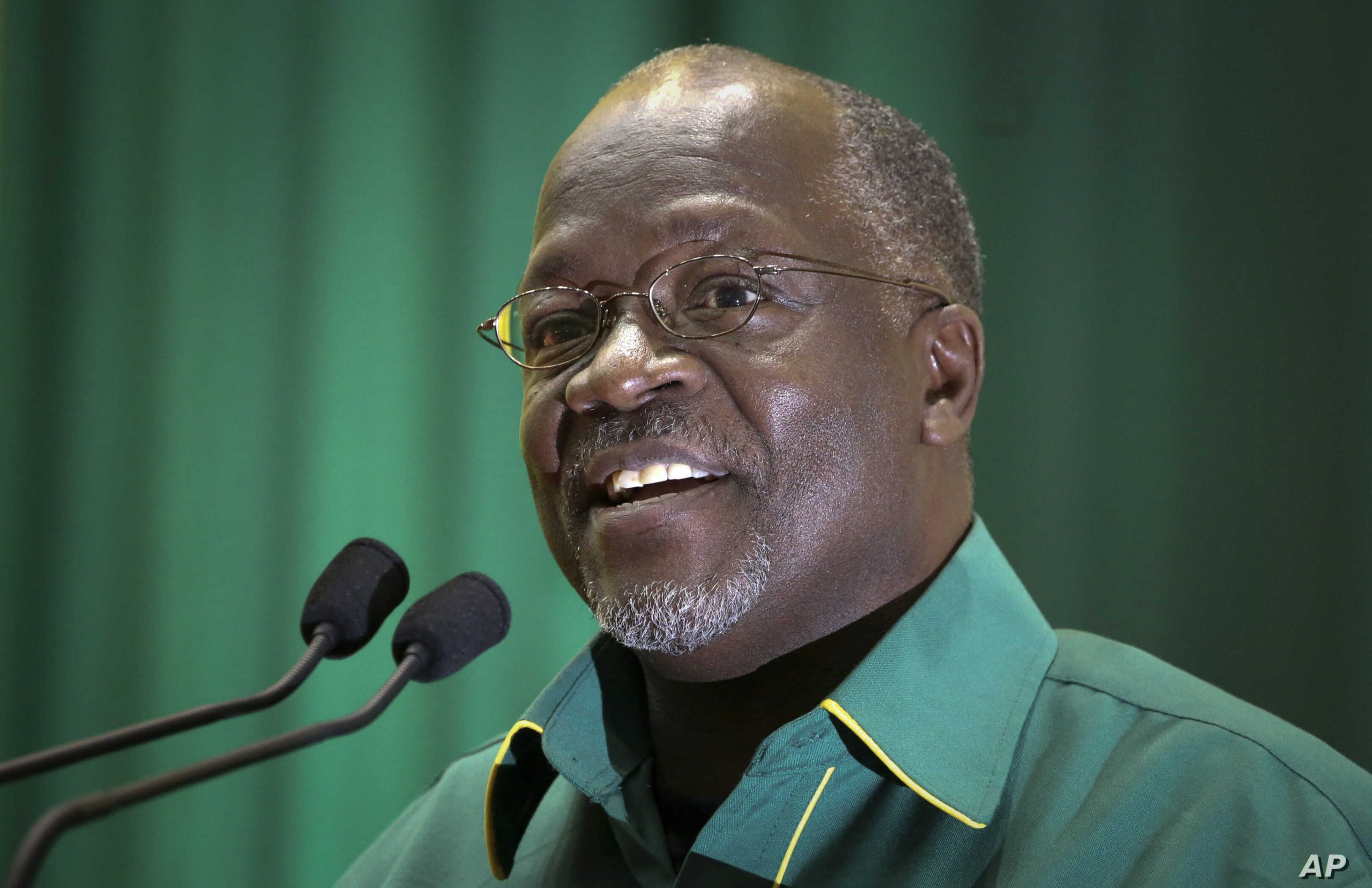 Tanzanian President John Magufuli is dead. Vice President Samia Suluhu has confirmed. Magufuli last appeared in public on February 27, and the fervent Catholic had missed three Sunday services, where he would often address the congregation.

He died on Wednesday from heart complications at a hospital in Dar es Salaam, Ms Hassan said in an address on state television.

Magufuli had not been seen in public for more than two weeks, and rumours have been circulating about his health.

Opposition politicians said last week that he had contracted Covid-19, but this has not been confirmed.

Magufuli was one of Africa’s most prominent coronavirus sceptics, and called for prayers and herbal-infused steam therapy to counter the virus.

“It is with deep regret that I inform you that today… we lost our brave leader, the president of the Republic of Tanzania, John Pombe Magufuli,” Vice-President Hassan said in the announcement.

She said there would be 14 days of national mourning and flags would fly at half mast.

According to Tanzania’s constitution, Ms Hassan will be sworn in as the new president and should serve the remainder of Magufuli’s five-year team which he began last year.

Magufuli was last seen in public on 27 February, but Prime Minister Kassim Majaliwa insisted last week that the president was “healthy and working hard”.

He blamed the rumours of the president’s ill-health on “hateful” Tanzanians living abroad.

Magufuli’s absence comes amid a string of high-profile deaths and illnesses attributed to “respiratory problems” or “pneumonia”.

Magufuli had for months insisted the virus no longer existed in Tanzania, and had been fended off by prayer. He refused to wear a face-mask or take lockdown measures.

But a week before he was last seen, Magufuli conceded the virus was still circulating, after the vice-president of semi-autonomous Zanzibar was revealed to have died of Covid-19.

On Monday, Lissu said on Twitter that his intelligence sources “say he’s on life support with COVID and paralysed on one side and from the waist down after a stroke. Tell the people the truth!”

Among the theories in circulation is that Magufuli is severely ill in a hospital in Kenya or India, while another suggests he never left Tanzania at all.

Kenyan media have reported the presence of “an African leader” in a Nairobi hospital in clear reference to Magufuli, although government officials deny he is present.

India’s foreign ministry did not respond to requests for comment.

Cheeseman said it was “remarkable” that the government has kept Magufuli’s whereabouts under wraps “in the modern world of the internet and citizen reporting and social media”.

“But Tanzania isn’t living in that modern world. The… level of media censorship means Tanzania is not in that context.”

The Tanzanian government has said very little, other than to threaten those spreading rumours with jail time.

Tanzania has not published details of its coronavirus cases since May, and the government has refused to purchase vaccines.

On Monday, according to BBC, police said they had arrested four people on suspicion of spreading rumours on social media that the president was ill.

Related Topics:John Magufuli is dead
Up Next

I paid a heavy price for joining crime