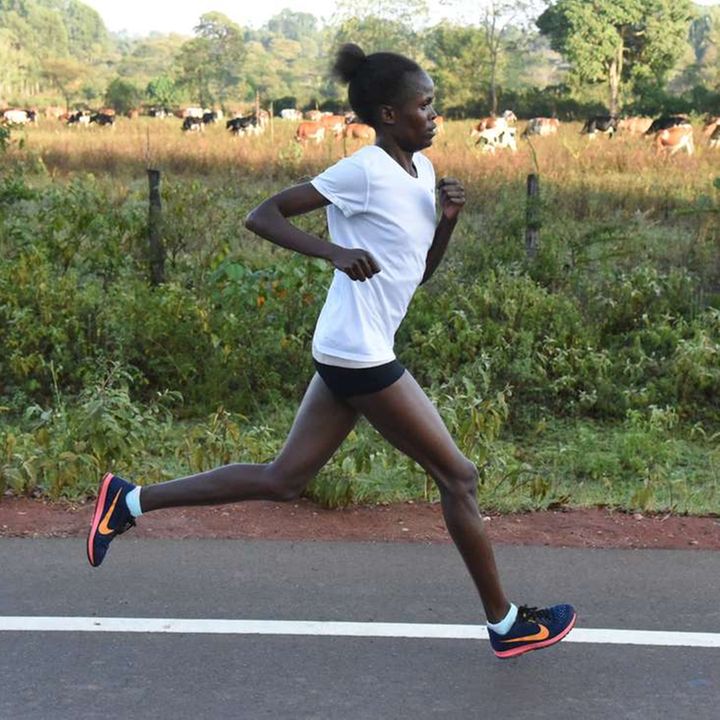 Traditionally, before race day, athletes hit bed pretty early to be well rested ahead of competition. But on October 12, 2019, before she took to the streets of Chicago for her world record run, Brigid Kosgei slept uncharacteristically late.

And for a good reason.

“I had to watch Eliud Kipchoge become the first man to run the marathon in under two hours,” she explains, in reference to the famous, October 12, 2019, INEOS 1:59 Challenge on the streets of Vienna.

With the challenge having started well after midnight, Chicago time, it was worth staying up as when Kipchoge crossed the finish line at Vienna’s Hauptallee in 1:59:40, Kosgei was inspired to do something special of her own in just a few hours’ time the following day.

“I thought to myself, if Kipchoge can break the barrier, then I can also do something special too,” she reflected during our chat in Kapsait a few days back.

Analysts may have been taken aback by Kosgei shattering Briton Paula Radcliffe’s 16-year-old record by running 2:14:04, but the Kenyan star, her coach Erick Kimaiyo and her management company (Italy’s Rosa Associati) — headed by the now 78-year-old distance running guru Gabrielle Rosa — knew just how much she had put in during her preparations at the 3,000 metres above sea level Kaptagat Nike Athletics Camp.

“Before Chicago, I had changed her training programme a bit,” coach Kimaiyo, 51, explained at the camp.

“After she won in Chicago and London, her confidence levels were up and she didn’t fear anyone anymore.”

Kimaiyo explains that it’s the little things while in camp that made the big difference ahead of the competition. “For instance, an athlete needs seven to eight hours of sleep each night for the body to be fully energized, and we made sure Brigid had this.”

There was nothing radically different, though, in the build-up to the Chicago record run, with Kimaiyo basically increasing Kosgei’s speed as competition drew closer, sharing the split times with Rosa at his base in northern Italy for analysis.

“Usually, it’s the same training that coach Kimaiyo uses. Brigid is very fast and averages three minutes and 20 seconds per kilometre which is incredible,” Rosa explained.

For her speed work sessions, Kosgei’s typical programme would involve her running three kilometres once, two kilometres two times and one kilometre 10 times, covering 17 kilometres with between one and a half minutes to three minutes active rest (jogging) between the intervals. Such regime is popularly referred to as “fartlek” training.

Typically, Kosgei would get up as early as 4am when the training location is far, sometimes even at 3.30am, also depending on the weather, or if the long run was programmed to start at Kapenguria, some 43 kilometres away from the Kapsait camp.

After a cup of mid-morning tea and chapati following the morning session, Kosgei and her training partners would then take a nap and get up for lunch.

The menu isn’t anything out of the ordinary — invariably rice, beans, vegetables or githeri — with dinner, after the easy evening run (between 50 minutes and one hour) and evening tea, basically similar to the lunch offering, but with beef two times a week.

READ ALSO  Respect the jobs Kenyans do in the US, angry Atlanta woman tells a derogatory Kenyan

The 35 kilometres per day is balanced between the morning and evening sessions,” the coach, himself a two-time Honolulu Marathon winner, explains.

At the Kapsait camp, after dinner, all the athletes get in to sleep by 8pm with no distractions from telephone calls or television.

“Brigid controls herself very well. She lives a simple life and doesn’t think about the money, and that’s why she keeps improving,” says Kimaiyo who believes Kosgei can run a 2:12 or even 2:10 marathon. “It all depends on the training… All the time I see progress in her and it’s just a matter of time…”

Rosa, the man credited with kick-starting marathon running in Kenya in the early 1990s, agrees: “With good pacemakers, Brigid can easily run 2:12. And the good thing is that she is still young, at 26 years, and can run for another 10 years,” Rosa said from his base in Italy yesterday.

“Eliud ran a sub-two hour marathon because he had a good team of pacemakers. If Brigid is in the same situation she will easily run 2:12,” he argued.

By the look of things, Brigid Kosgei is only just warming up! Her next focus: The Tokyo Olympic Games.

Related Topics:Brigid Kosgei
Up Next