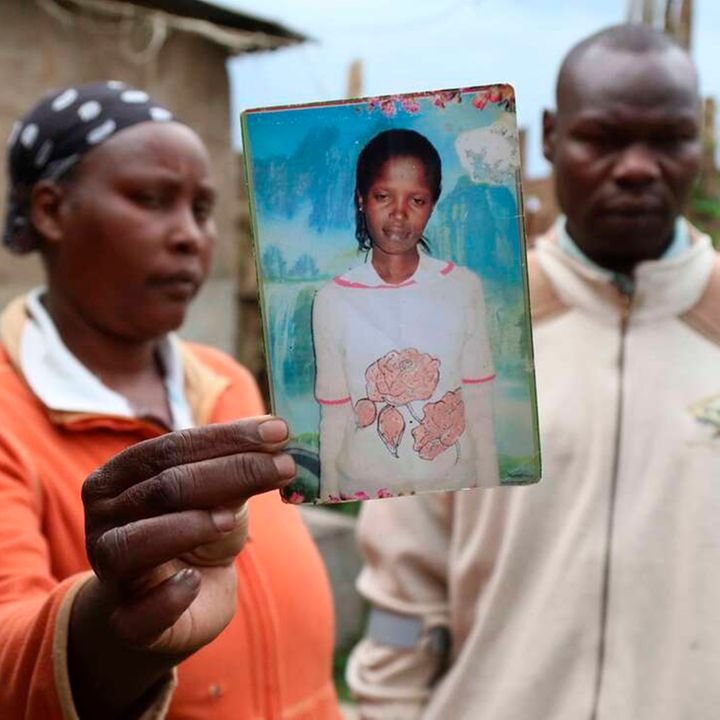 Ms Jess Phillips, a British member of parliament has started to raise money for the Kenyan family of the late Agnes Wanjiru.

Ms. Phillips, who is the Labour MP for Birmingham , has managed to raise £7,213 (about Sh1.1 million) for Wanjiru’s daughter, surpassing the initial target by 144 per cent.

The MP started the page for Wanjiru’s daughter Stacy, who is now almost 10 years old and being raised by her aunt.

“We want to raise funds to help Stacy and her family following the horrific death of her mother, allowing them to provide the best environment for her to grow up in and make sure she has the brightest possible future. Please donate what you can to help them,” she wrote on the page. 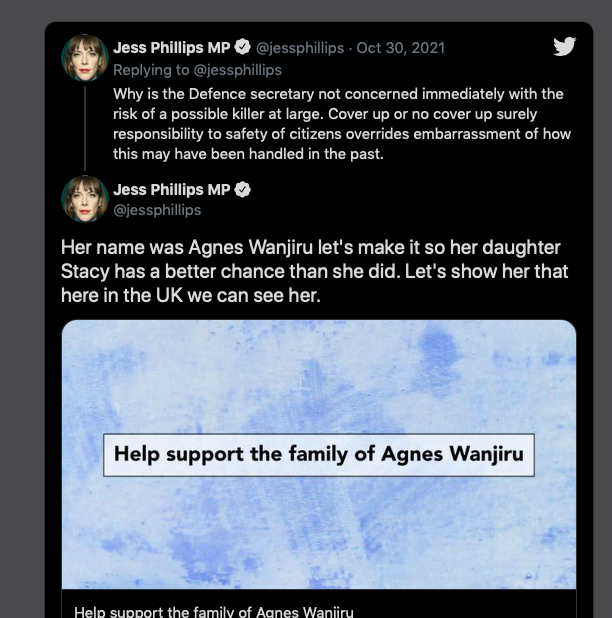 The UK parliament is pushing for justice in the murder of Wanjiru, who was killed by a British soldier in 2012.

No one has been convicted of her murder, even as the UK defence chief last week promised military cooperation.

Her body was found in a septic tank at a hotel in central Nanyuki nearly three months after she had spent an evening partying with soldiers.

It is now emerging that British soldiers laughed about the death of Wanjiru.

On Sunday, the Sunday Times reported that a soldier in the Duke of Lancaster’s Regiment posted two photos from outside the hotel where the 21-year-old’s body was discovered.