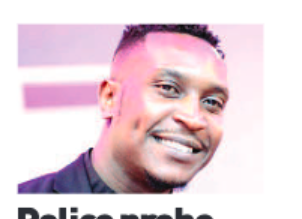 Tamati Mauti, the man who allegedly killed a BBC employee will be buried on 1st December 2021.

According to an obituary placed in the local dailies, Mr. Mauti will be buried in Ongata Rongai after holding a funeral mass in Citam Chruch Karen. 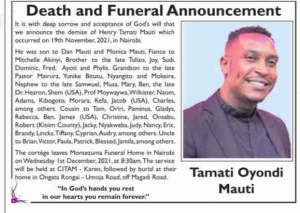 Mr Mauti family has said they are troubled by the narrative that their son could have been involved with the BBC Project manager, Kate Mitchell Rowena, a British national.

About a week ago, the body of the journalist, identified as Ms Rowena, was found in her city hotel room with preliminary investigations showing that she was stabbed before being strangled to death.

I miss him- Ngilu remembers her late husband