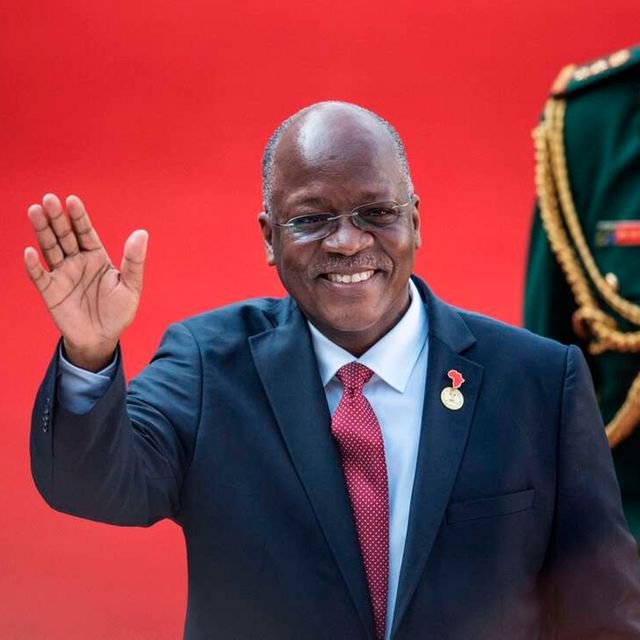 John Pombe Magufuli, the Tanzanian president who has been missing in public since February 27, and who was criticised by the global community as a Covid-19 denier, died of heart complications in Dar es Salaam on Wednesday. He was 61.

Vice-President Samia Suluhu made the announcement on TV last evening, and said Mr Magufuli had been admitted to hospital since March 6.

“With deep shock, we announce that today, March 17, 2021, at around 6pm, we lost our great leader and President of the United Republic of Tanzania, HE Dr John Pombe Joseph Magufuli due to heart complications at the Muzena Hospital in Dar es Salaam,” said Ms Suluhu. “Plans for the funeral are underway. Our country will be in mourning for 14 days and our flags will fly half mast.”

President Magufuli’s death brings to a close weeks of speculation on his whereabouts and health. Crucially, it opens a new chapter for a country that has never changed governments outside of elections. According to the Tanzanian Constitution, the Vice President takes over the remainder of the term. 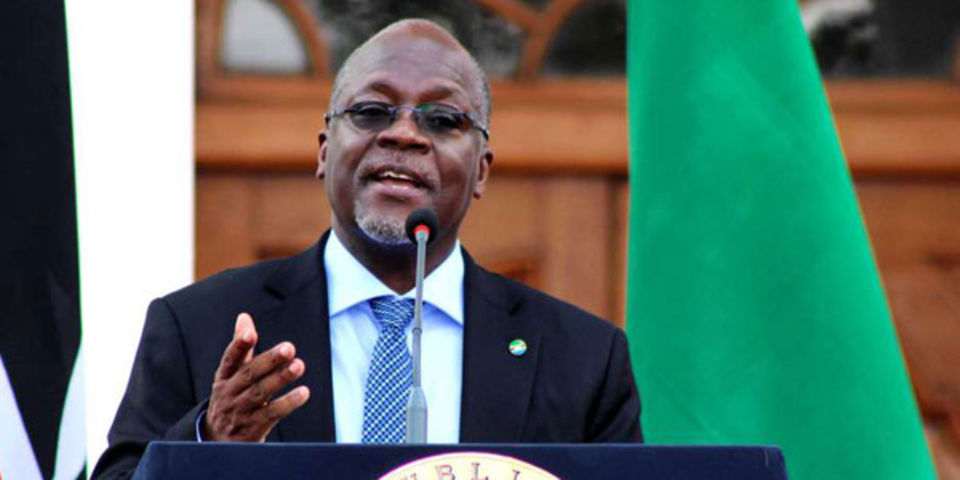 The death comes just five months into Mr Magufuli and Ms Suluhu’s second term, and it means the Vice-President will become the first female leader of Tanzania, and also the first female head of state in the East African Community.

Mr Magufuli, nicknamed ‘The Bulldozer’ for pushing through projects when he worked as Minister for Works, had been missing in action since February 27, leading to rumours that he was seriously ill.

A known skeptic of Covid-19, Magufuli refused to lock down his country when neighbours did so to reduce infections. He also did not issue compulsory mask-wearing in public. Instead, he asked people to pray.

Born in October 1959 in Chato, Geita Province in north-western Tanzania, Magufuli was Tanzania’s fifth President since 2015, when he defeated Mr Edward Lowassa in one of the toughest contests in the country. 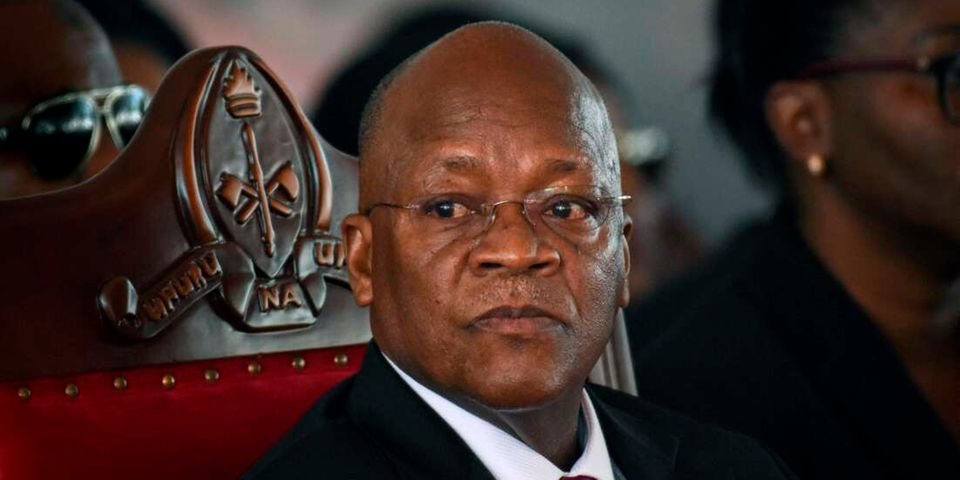 Educated entirely in Tanzania, Magufuli was a science teacher who majored in mathematics and chemistry. He also worked as an industrial chemist at the Nyanza Cooperative Union Ltd, which managed cotton ginneries in Mwanza, northern Tanzania.

As minister and later as president, he endeared himself to the public by fighting for efficiency. His campaigns were based on taming corruption and saving public funds, as well as protecting local enterprises.

After he took office in 2015, he imposed measures to cut costs. He reduced his own foreign travel and downsized delegations travelling abroad. For example, he controversially cut down the delegation to the Commonwealth Meeting in London to four from the initial 50. Further, he diverted funds meant for dinners or public celebrations to support the needy and the sick.

Magufuli also cut his own salary from Sh1.5 million a month to Sh400,000 and halved the Cabinet to 15 ministers, compared to Kikwete’s 30. Several months after his election in 2015, a social media hashtag #WhatWouldMagufuliDo trended in the region as people in neighbouring countries admired his apparent efficiency.

Under Magufuli, the IMF listed Tanzania among the fastest growing sub-Sahara economies, averaging six per cent. Last year, the World Bank admitted the country into the list of Lower Middle Income Economies, although the final process is due to be finalised by end of 2023. Magufuli has built various infrastructure projects such as the Bagamoyo port, the planned oil pipeline from Uganda, the Standard Gauge Railway and capital injection into Air Tanzania.

Yet Tanzania’s ranking on the Corruption Perception Index has been stuck, polling at 94 out of 180 countries in 2020. A report by Reporters Without Borders (RSF), which ranks countries according to their press freedom, noted that Tanzania was the most regressed country in press freedoms.

“None of the 180 countries ranked in RSF’s World Press Freedom Index has suffered such a precipitous decline in recent years,” it said, accusing Magufuli of “tolerating no criticism of himself or his policies”. RSF ranked Tanzania at 124 out of 180, having dropped six places from 2019.

Despite his initial popularity in Tanzania, Magufuli’s regional integration credentials were often questioned. He made the fewest trips of any Tanzanian presidents to neighbouring countries and his government often feuded with Kenya over non-tariff barriers. They include the arresting of ‘trespassing’ cattle, burning of chicks imported from Kenya, banning of tour vans from accessing parks and lack of agreement on Covid-19 management. In all these instances, though, the matters were resolved in days, but often with the backing down of Nairobi.

While media organisations, including this newspaper, reported that the President was sick, Prime Minister Kassim Majaliwa insisted that Mr Magufuli was “around, healthy, working hard”. There was little about him by the country’s media, which was reluctant to speculate on the whereabouts of the president.

Only vocal politician Tundu Lissu dared to comment of the president’s health, noting in a tweet that “his Covid denialism in tatters, his prayer-over-science folly has turned into a deadly boomerang”.

The silence, the fear, and the secrecy could be Magufuli’s enduring legacy in a country where freedom of expression, the cornerstone of democracy, waned during his rule. To some, Tanzania was hurtling towards dictatorship, with citizens reticent to exercise their democratic rights lest they run afoul of various laws.

In his lifetime, and mostly as president, Magufuli was predictably unpredictable; perhaps irrational. His critics thought so, too. His regime was accused of instigating murders, assaults, and disappearances of opponents.

For instance, in 2017, opposition MP Tundu Lissu was waylaid by gunmen and shot 16 times outside his home in Dodoma. The opposition leader miraculously survived and was flown to Kenya and later Belgium, from where he accused the Tanzanian State of trying to kill him.

The disappearance of well-known journalist Azory Gwonda since November 2017 had also tainted Magufuli’s regime. The journalist was abducted while investigating mysterious killings in Pwani region, south of Dar es Salaam. Another murder that shocked Tanzania was the hacking of Godfrey Luena, an opposition councillor who had been conducting an investigation on land grabbing in his region. Magufuli’s government denies involvement in any of these atrocities.

Magufuli had been a Chama Cha Mapinduzi (CCM) adherent since 1977 but gained national attention in Tanzania when he was elected a Member of Parliament in 1995 to represent Biharamulo East and later on Chato Constituency.

His rise in national leadership started when he first joined President William Mkapa’s Cabinet in 2005, and after he was appointed Minister for Works. It was in this ministry that he earned a reputation for his unwavering work ethics and as anti-corruption crusader.

During his tenure, Magufuli struck off the register hundreds of construction companies believed to have been corrupt, and became the notable face in the war against corruption in Tanzania. It was on this score that his presidential campaign against Edward Lowassa was based. Lowassa had resigned as Prime Minister in 2008 after being implicated in the Richmond Energy deal corruption scandal, in which the US company was contracted to provide 100 megawatts of electricity daily after the 2006 drought but, as it turned out, its generators arrived late and did not work as expected.