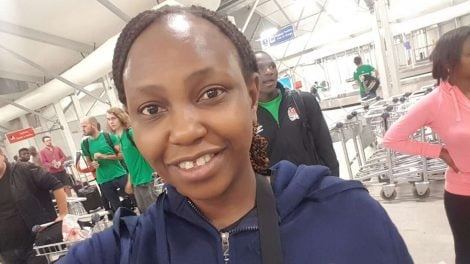 Carol Radull has announced her exit From Radio Africa Group after a 21-year stay.

In a statement via social media, the media personality and famed radio presenter suggested she’d been sidelined at the giant media house.

“While I respect all the opportunities I got at Radio Africa,” she says.

“I never believed I was designed to push papers and write reports. I haven’t been on radio for a year and a half for reasons I choose not to share but in two weeks’ time. I will be back on your airwaves; with the “Great Roy” and Kieni to continue to push the sports agenda,” she explained.

“I joined the Radio Africa Group on the 8th of Aug 2000 as a news reporter and was soon promoted to be the head of News at Kiss 100. 2008 I launched Radio Jambo and was the station’s first Programme Controller. I pride myself in hiring @gidiogidi (who had no belief in himself as a presenter and accused me of “removing me from my PLUSH job at UNEP as an IT exec “for this”! 🤣 @ghost_mulee (who questioned me during his job interview whether he could really be a radio presenter hehe) @mwololobramwell, @fredarocho who I scouted while he was being a hooligan at Nyayo Stadium 🤣 (forgive me guys 🤣) and many others; and together we built an amazing brand,” she posted.

Radull is one of the most admired sports media personalities.

Before her tenure at Radio Africa, she worked as the East Africa Producer for the BBC World Service between July 1997 – April 1999. She was also the producer for Reuters Television.