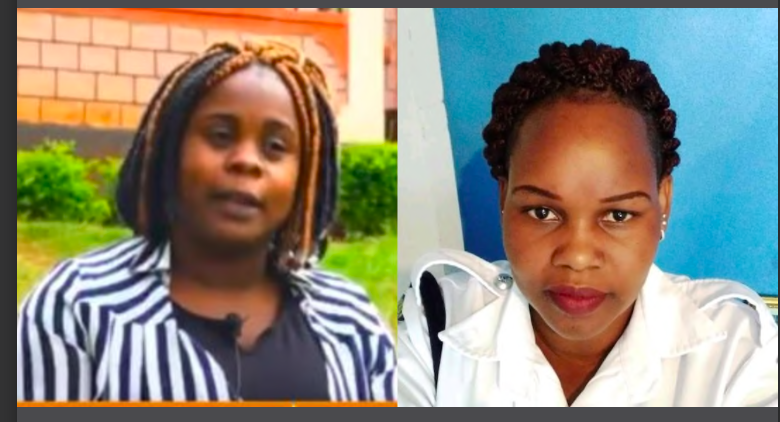 Details have emerged that Caroline Kangogo, the fugitive Nakuru policewoman who is on the run after killing two men, communicated with the wife of John Ogweno, a colleague she shot dead.

Ogweno’s wife, Juliet, made the revelation on Friday, July 9, saying the suspect started making phone calls to her in June.

Juliet disclosed that she was in constant communication with Kangogo, who wanted to know more about her family.

“On Thursday, July 1, she called me confirming that John had arrived in Kericho. John had gone to work. Then on Saturday, July 3, during the day, she called and told me John would come to the kids’ graduation, which was set for Saturday, July 10. That was the last communication I made with her,” Juliet told Citizen TV.

The mother of two said she wasn’t aware Kangogo was in a relationship with her husband but became suspicious when the corporal requested to have her children taken to Nakuru for a hangout.

“Anytime she called me…it could be; how are the kids? How are you people fairing on? I want one day John to come and pick the kids and let them come to Nakuru for some hangouts…things like that,” she recalled. So to me, I wasn’t interested in giving her my kids but I accepted her requests because I did not want to engage more with her,” Juliet painfully narrated.

John Ogweno had plans to visit his family

John’s father, Edward Ouru Imbai, said his son planned to visit them at their home in Sengre village, Homa Bay.

Imbai said his son avoided controversies and does not understand why he was killed when his career had just begun.

“Whenever my son realised that someone was inviting contest over a given matter, he would readily surrender to avoid a standoff. However, if the controversy persisted, he would simply walk away to reduce tension,” The Standard quoted Ombai.

As earlier reported, the murdered police officer attached at Kasarani Line Police Station in Nakuru county was found dead inside his car.

Ogweno’s lifeless body was discovered inside the parking yard when his colleague, sergeant Joseph Ologe, took a walk around the area.

Upon peeping inside, he saw the lifeless body of the police constable lying on the car’s seat with blood oozing from his nose. Constable Ogweno was shot on the right side of the head and bled to death.