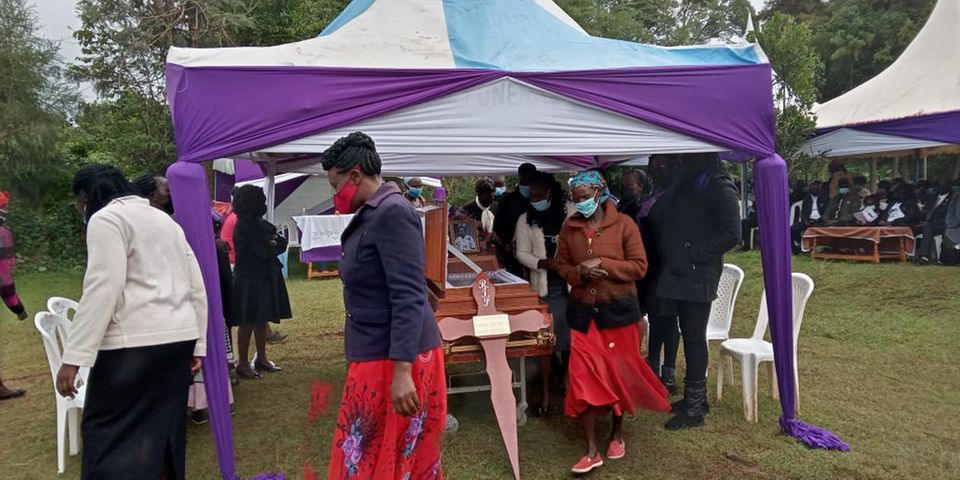 The burial of policewoman Caroline Kangogo is currently underway at her Iten home.

Kangogo is being laid to rest without the service’s traditional send-off for a fallen officer.

Kangogo, who was being sought for the murder of her colleague John Ogweno and Juja-based businessman Peter Ndwiga before she was found dead in her family’s bathroom in Nyawa, Elgeyo Marakwet County, will also not be cremated as she had allegedly expressed in text messages police said were in her phone’s draft folder.

A senior officer indicated that the police service will not participate in the burial due to circumstances surrounding her death.

“We do not expect the usual ceremonial send-off like that of serving police officers who die in the line of duty,” said the senior officer who requested not to be named.

On Wednesday, the Kangogo family said police had not reached out to them to plan the burial.

The family also complained that it had been given the go-ahead to plan the funeral, which saw them slaughter a cow, only for news of the postponement to come at 3pm on Friday, long into their plans.

On Tuesday, Chief Government Pathologist Johansen Oduor performed the post-mortem at the Moi Teaching and Referral Hospital (MTRH) mortuary in Eldoret, Uasin Gichu County, allowing the family to proceed with the burial plans.

SAD: Here is what has led to the death of CS Amina Mohamed’s husband