Cate Waruguru: Why I dumped Uhuru for Ruto 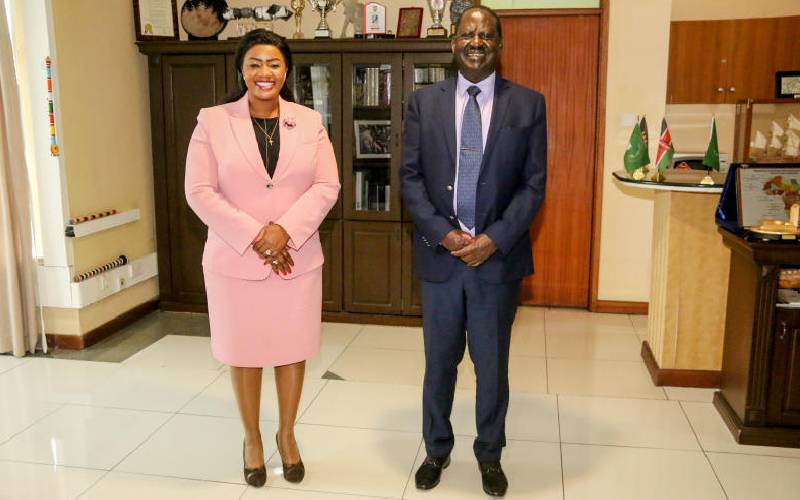 Cate Waruguru, the current Laikipia Woman Representative has said she left Jubilee Party because it was “clueless, rudderless and out of touch with the reality in Mount Kenya.”

Speaking this week days defecting to Deputy President’s United Democratic Alliance (UDA), Ms Waruguru said ODM leader Raila Odinga was being duped by Jubilee leadership, and by the time he comes to reality it will be too late.

The vocal politicians said the Deputy President William Ruto had gained ground in the Mt Kenya region for the last seven years.

“Jubilee is not organised as a party and is led by incompetent people. The only competence they have displayed is bashing the DP and organising town hall meetings. I can’t wait and sink with it,” she said.

Waruguru also claimed Raila had teamed up with “well known political rejects,” in his quest to climb the mountain, sidestepping credible, elected and experienced local politicians.

“He has no idea what awaits him. If I were him, I would shake off those rejects. I would also shake off the project tag as much as I can. In a way, I feel for him because he has been duped into dropping his selling points. He’s now carrying President Kenyatta’s burden on his shoulders,” she said.

READ ALSO  UK issues travel advisory due to "heightened threat of terrorism" in Kenya
Related Topics:Cate WaruguruNewsUDA Kenya
Up Next

Why lawyer Nandwa is mum on his 10-day disapperance

KRA confiscates $28,000 in a jacket, shipped into Kenya as a parcel from South Carolina