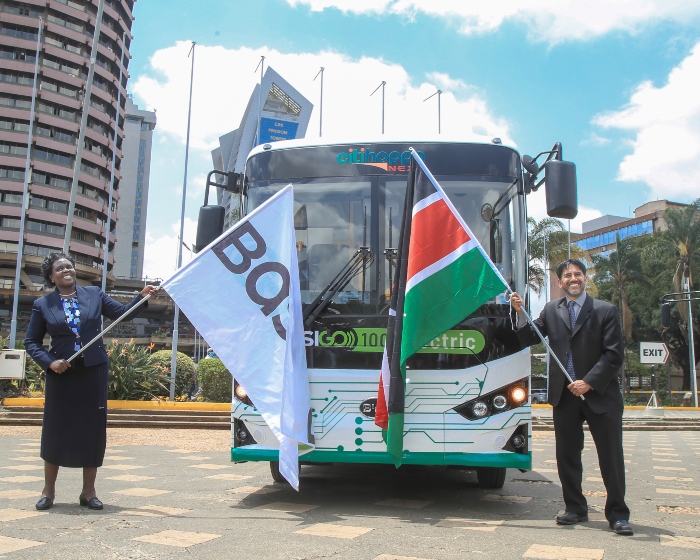 Jit Bhattacharya, the co-founder and CEO of the technology firm BasiGo, is a man with a goal. But there’s a silver lining. In an unusual way, events have aligned to place him in the appropriate spot in the last two years.

It all began when he arrived in Kenya from Uganda in January 2020. Covid-19 struck two months later. Kenyans were then ordered to work from home by the government. Kenya enjoyed the cleanest atmosphere since independence, thanks to negligible car transportation and record-low carbon emissions.

“The few days when buses were not in operation gave us a glimpse of what can happen here if we cleaned up the transport system,” he states.

This was a business opportunity for Jit in the field of environmentally friendly public transportation. He co-founded BasiGo after leaving his job at an investment fund. Two weeks ago, the company debuted two electric buses, the first of their kind in Africa, after extensive research on bus operations in Kenya and interaction with manufacturers such as BYD.

“Everything, from Covid-19 to the popularity of e-mobility, was coincidental. The timing was perfect. If I had come in earlier, I would probably not have felt that the time was ripe for our business model.”

The workforce is focused at their desks at the company’s headquarters in Nairobi’s Westlands region, getting everything in order as operations begin in a flurry. Even while the project is still in its early stages, orders from bus companies and corporations have begun to pour in.

“We hope to deliver 1,000 electric buses to Nairobi alone in the next five years,” Jit says.

Reasons replacing a damaged helicopter windscreen could cost over KSh10M