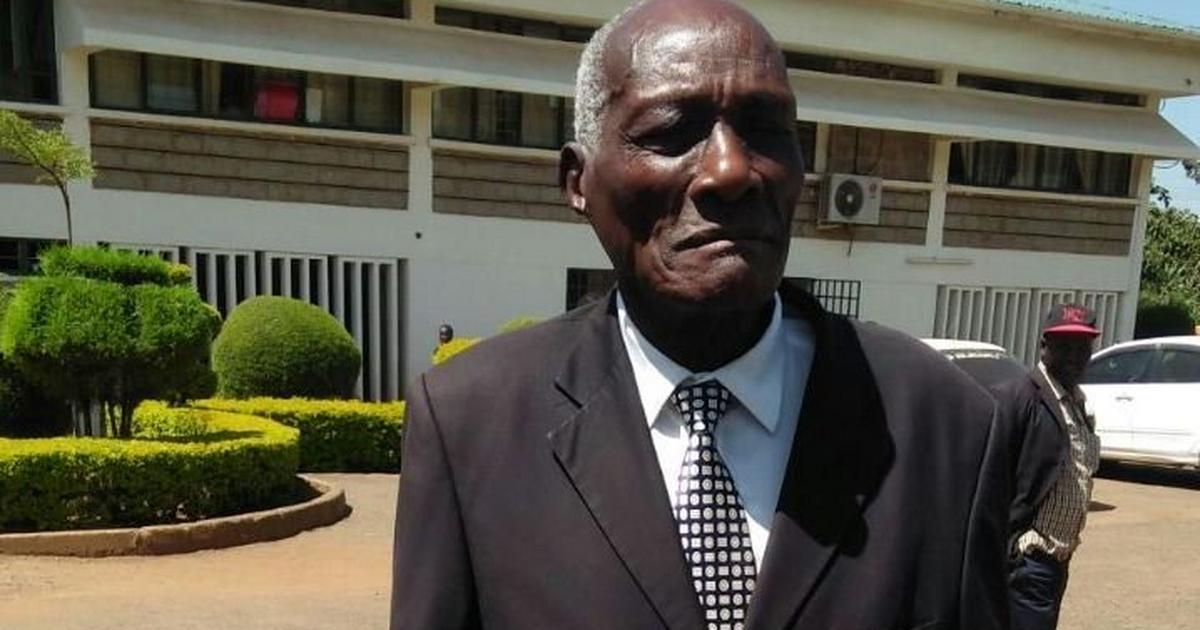 Jackson Kiprotich Kibor, a rich businessman who was also a politician in Eldoret, Uasin Gishu County, has died.

Kibor died on Wednesday at St. Luke’s Hospital in Eldoret, according to family members who talked to a local media station. He was in his late eighties at the time.

After contracting COVID-19 in October 2020, Kibor began using medical oxygen. He kept an oxygen cylinder at home and kept another in his Prado car in case he needed to travel to Eldoret for treament or business.

He was hospitalized to St. Luke’s Hospital recently, when physicians verified that both of his kidneys had failed.

Doctors announced the famed farmer’s death on Wednesday after he was taken to the Intensive Care Unit for some time.

Kibor, also known as the “Chairman of the Men’s Conference”, was well-known for both good and bad reasons.

While he was highly-liked for his charitable deeds, Kibor, a man of many marriages, made headlines on multiple times for divorce lawsuits as well as violent confrontations with his children over his huge estate.

Kibor’s third wife was divorced through an Eldoret court in 2017, roughly a year after he divorced his second wife, with whom he had been married for nearly 50 years. Later in life, he married a fourth wife.

His name would become a trending topic on Valentine’s Day, as men who don’t appreciate the holiday flocked to social media to write about a fictional men’s conference headed by Mzee Kibor.

He did, however, speak at a men’s conference in 2019, when he reportedly counseled men to stay true to their wives.

Kibor had over 20 children and his first wife died over three decades ago.

Gone Too Soon: Celebrating The Life Of Susan Kiige Of Columbus, Ohio, USA