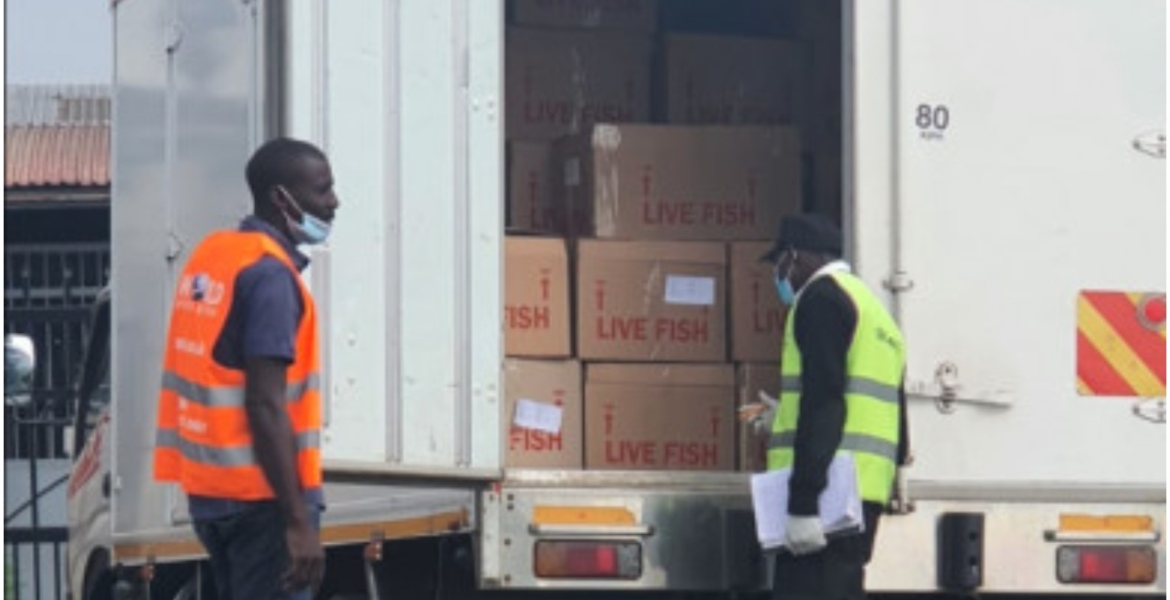 Two Chinese nationals have been detained by Nairobi police for attempting to unlawfully export live crabs to China.

The two foreign nationals were apprehended at Jomo Kenyatta International Airport (JKIA) on Thursday while attempting to transport 5,703 kilograms of live crabs worth Sh1.2 million.

The arrest was made as a result of a multi-agency operation led by Kenya Revenue Authority (KRA) customs officials centered at JKIA and investigators from the Directorate of Criminal Investigations (DCI).

According to KRA, the suspects lacked valid fish export-oriented permits and were unable to tell the origin of the crabs, which were well packed in 282 cartons bound for export to China.

“Upon questioning, a clearing agent from Drenal Enterprises Limited informed the officers that the consignment originated from Kilifi County and was booked for export to China by Weida Investment Limited,” KRA said in a statement.

“The clearing agent presented permit documents from the Kenya Fisheries Services (KFS) that were declared non-authentic by KFS.”

The shipment is being held in detention by KRA while it awaits further instructions from KFS.

READ ALSO  Kenyan indicted on murder of 18 women in the US may not face death penalty
Related Topics:ChinaIllegal shipmentJKIAKRANews
Up Next