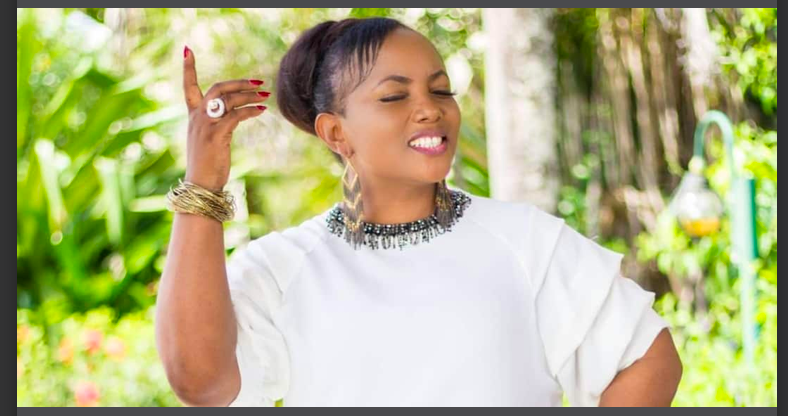 Christina Shusho is one of East Africa’s most beloved and talented gospel artistes, with a huge fan base in Kenya.

The singer has managed to keep her fans glued to her music over the years, and her latest track continues to show how she adores her local supporters.

Shusho jumped into the studio with Kikuyu gospel singer Samuel Irungu for a collab in the song Tuine Ruimbo launched a few days back.

To show how they created the hit, Shusho shared a short clip of her practising her Kikuyu lines during the making of the song in studio.

From the clip, one could hear her singing her Kikuyu line that translated into English sent the message:

“Come and let us sing songs of victory from our hearts because the Lord has seen us through and now we will sing song’s of Zion.”

In her caption, Shusho said that it got to a place she had to sing word by word to get the lines right, adding many did not know the work it takes to get a final product.

“Many do not know the great work that is done before having a refined product,” she wrote.

From the song, now on YouTube, it was clear that the Unikiumbuke hitmaker actually sang a whole verse in Kikuyu, which is very remarkable.

Shusho’s fans went on her comment section to celebrate her, with some noting how amazing she sounded.

Here are a few reactions:

“Show us this behind the scene ikiwa full. Looks amazing.”

“You did it! Song is amazing! Cant imagine how many times have played it! Good job.”

“It’s the commitment, the efforts, the work put in for me. You’re amazing woman of God.”

Like seasoned Kikuyu speakers, the choir could be seen hitting the notes with a little difference in the accent, which would be expected.

The Zabron singers really impressed Evelyn, who was filled with joy as she lauded the team for the incredible rendition while speaking in Kikuyu herself.

In the end, she made a hilarious joke alerting River Road for their arrival, a place not well known for its good side.