Deputy Speaker to MPs: I'm tired of counselling your mistresses

I have the right to enjoy my money: Student defends her Kshs.102M fortune 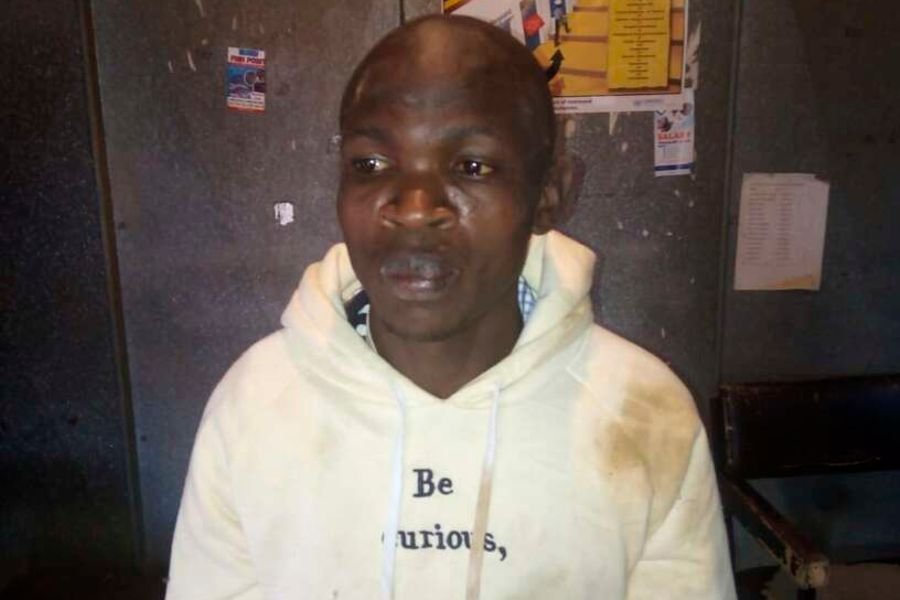 A man who has confessed to killing and raping three women has blamed a church for his deeds in a case that has shocked residents and authorities in Kiambu.

He claimed that the church paid him for every killing.

Mr Paul Magara Morara, 29, who is detained at Ruiru Police Station, Kiambu, has owned up to killing for money. He said that he was bankrolled by a church that has been paying him Sh30,000 for every murder.

“I was introduced to the church last year by a friend, where every killing attracted an instant pay of Sh30,000. I was told women were the easiest to kill,’’ Mr Morara told detectives in confession seen by the Nation.

To prove that he had killed, he carried the blood-soaked underwear of the victims.

Wearing a white hood yesterday, Mr Morara did not look remorseful. His first assignment, he said, happened last year, at Kihunguro on the Ruiru bypass, when he tricked a young woman, booked her into a room, killed her and chopped off her breasts.

“I was paid for the job and this inspired me to pursue my next target,’’ he said. Police have kept the identity of the church a secret so as not to jeopardise investigations.

“A Nairobi church contracting the killer for pay is part of investigations,’’ said Mr Justus Ombati, the DCIO Ruiru. Yesterday, the suspect took police to Watalaam area in Ruiru where he killed some of his victims.

Inspired by the first deed in January, Mr Morara embarked on his second assignment and this time round , he courted a young lady who was working in Ruiru, booked her into a lodging and after intimacy, killed her and left to claim his pay.

“After the first killing, I got the urge to kill more. I became inhuman, where I spent most of the time planning how to kill,’’ he told the police. ith ready pay, Mr Morara recruited his gang with their weapon of choice being knives .

On September 7, Morara with his gang broke into a house at Magorofani hoping to eliminate two sisters aged 18 and 19.

They stabbed their victims and left them for dead. One of the victims is currently admitted to Kenyatta National Hospital Intensive Care Unit.

Unrelenting, on Wednesday this week, Mr Morara set out on a mission to kill again. He crept into a couple’s house in Ruiru when they were asleep, stabbed the woman in the neck and fled.

The husband was unhurt and managed to rush his wife to a nearby hospital where she is recuperating.

But there is no perfect crime. In the Wednesday attack, Mr Morara and his five accomplices made a blunder. They stole the victim’s mobile phone, which they later sold.

Police would later track them using the handset after they disposed of the victim’s Sim card.

Mr Ombati yesterday told the Nation that Mr Morara was not remorseful and looked like he is possessed.

“Out of the three people he has confessed that he killed, two were neighbours. We arrested him in the company of three other people who have direct links to the killings,’’ Mr Ombati said.

“When the first incident was reported and subsequent murders that were similar, we set out to investigate and profile the suspect. We are glad that we have made a breakthrough,’’ said Mr Ombati

“The evidence we have gathered so far has implicated Mr Morara and his accomplices to the murders,’’ he added.

Mr Morara separated from his first family years back and has been living with a woman, who he told the police is his wife.

“The girl looks young and underage but we want to ascertain her age before pressing further charges,’’ said Mr Ombati.

A Ruiru court allowed police to detain Morara for 14 days so that they can conclude investigations. Kiambu County is synonymous with gruesome murder and suicide cases.

In May, John Muturi alias Francis Limo, confessed to killing his wife in Gachie , Kiambu after she refused to give him Sh270,000 that he had asked her to keep for him.

Mr Muturi also confessed that he had raped and killed numerous women aged between 15 and 20 after claiming he would offer them jobs . This month, a Mt Kenya University student identified as Graca Nyamokami was found dead in her room.