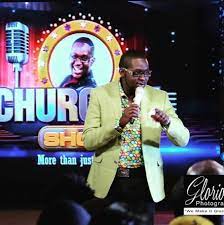 The Churchill Show has formally departed Nation Media Group’s NTV and is looking for a new media partner.

Churchill Show’s parent company, Laugh Industries, was considering a relationship with TV47, according to a source familiar with the issue.

The partnership’s specifics, however, have yet to be revealed. Furthermore, sources stated that the Churchill Show and TV47 were still in talks, with a number of agreements to be achieved.

According to sources, the Churchill Show would tape in early March at Mount Kenya University (MKU) in preparation for a relaunch on TV47.

The official launch is slated to take place at MKU in two weeks, and a number of celebrities have been contacted to play, with the production team promising a larger and better occasion.

The Churchill Show is hoping to return to television in March 2022 after a deal with NTV fell through owing to practical issues.

According to a source close to the Churchill Show and NTV, the arrangement fell through because the duo couldn’t agree on the production cost. Comedian Churchill Ndambuki was also said to be using production equipment from his other company to help with the show, according to reports.

Following the departure of acclaimed music producer and filmmaker J. Blessing, Leonard Kitili will take over as director of Churchill’s show.