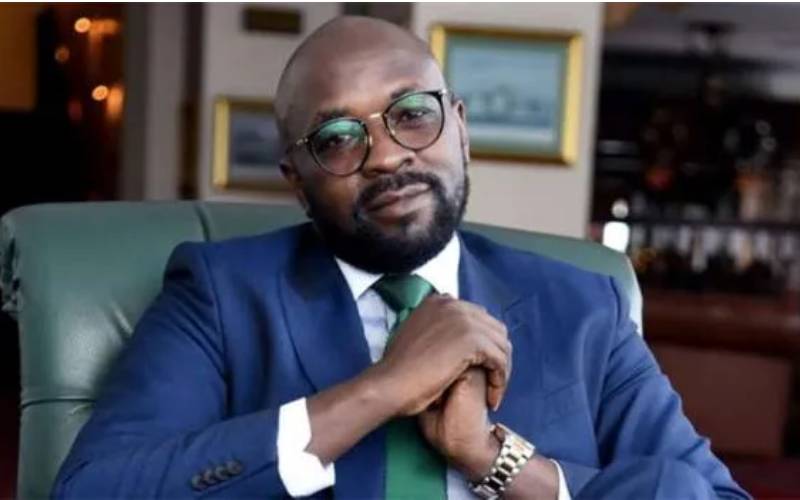 Barely a month after Pavel Oimeke won the Bonchari Constituency Parliamentary by-election, his seat is already attracting other suitors.

Come 2022, the Orange Democratic Party MP has the first challenger in the name of Cliff Ombeta, a well known city lawyer.

Declaring the new political move, a friend of his posted photos of him and Deputy President William Ruto posing together. “Ladies and Gentlemen, I want to present to you the next Bonchari MP 2022-2027, Cliff Marube Ombeta, tunaomba for your moral support when that time comes”

And speaking to Standard Entertainment and Lifestyle, Ombeta said he was already on the ground mobilising voters to rally behind him in next year’s polls.

“It is true that I am vying. I am joining active politics. My priorities for the people of Bonchari are well cut,” Ombeta said.

Ombeta, a teetotaler with a flamboyant lifestyle has hit headlines severally after representing renowned personalities in the corridors of justice, among them politicians Okoth Obado and Babu Owino.

He joins a number of popular personalities who have shown interest in joining politics, among them singer Hubert Nakitare aka Nonini, Grandpa Records CEO Yusuf Noah (Reffigah) and Jaspher Muthomi (better known as MC Jessy) and Dennis Mugo (OJ).

Ombeta is known for his vibrant social lifestyle, posh rides and classy look. “I cannot buy suits for Sh30,000 because that is what many people buy. My suits are personally fitted by celebrated stylists and the cheapest is about Sh170,000. The figure goes up to Sh500,000. I picked my sense of fashion from my father who was a commissioner of customs at the Kenya Revenue Authority. He used to be impeccably dressed,” Ombeta once told The Standard.

“I am a middle-class citizen who can afford the fine things in life. I can afford a house in Karen, but I live in a gated community instead,” he said.

Asked how else he spends his millions he said: “I give to charity, but that is between me and the beneficiaries, not for newspapers. I love cars too and have in my stable a Mercedes E320, a Mercedes E330, an S-Class 320 Mercedes and an SLK 200 convertible Mercedes. I had a Land Cruiser VX and a Prado, but I sold the Toyotas.”

Kirubi was behind my alliance with Sonko, Igathe reveals