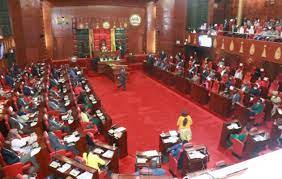 The budget estimates approved by the Nairobi City County Assembly on Thursday are a decrease from the 2021-2022 budget of Sh39.63 billion. However, the MCAs believe that the budget is still ambitious with Kshs. 11.35 billion has been allocated for development. The accumulative recurrent budget has been set at Kshs. 26.98 billion. The current financial year ends on June 30 which means the current regime will begin implementation of the next budget at least until August 9 when a new regime will take over. The NMS contract will run out in December this year before all the four transferred functions are brought back to the county. The new allocation to NMS means that it’s Kshs. 600 million less compared to the allocation for the current financial year. The County Executive has been allocated Kshs.18.53  billion for retained functions but it is expected to fully take over from December this year. Development at the ward level could also grow after the allocation for the Ward Development Fund shot up to Sh1.6 billion from Kshs.100 million in the 2021/2022 fiscal year. Another outstanding allocation is the Sh4.b billion allocated to the governor’s office despite most of the functions having been transferred to the national government. The county assembly was allocated Kshs 3.7 billion for its operations up from Sh2.9 billion in the current financial year. This is to enable it to carry out functions such as pay MCAs allowances, administration, renovations, staff salaries and maintenance as well as exercise its roles such as approval of laws and oversight.
READ ALSO  PHOTO: Nyashinski & Wife Zia Bett expecting baby number two
To promote urban farming for food security purposes, Kshs.382.7 million has been allocated to Agriculture. The Education sector that involves ECDE programs and bursary allocation will get Kshs.2.3 billion where recurrent expenditure will be Kshs.1.9 billion and Kshs. 2.4 million will be for development. The Finance and economic planning sector has been allocated Sh1.47 billion while the tourism sector has been allocated Kshs. 777.7 million. To improve the liquor board service delivery, Sh250 million has been proposed by the county government. The board intends to conduct awareness campaigns to reduce alcohol and drug abuse. The County Public Service Board has been allocated Ksh. 191.1 million for the implementation of sector priorities. Finance Budget and Appropriation Committee Chairman Robert Mbatia who read the estimates said that the budget has factored in all the needs brought forward by Nairobi residents during public participation forums.

” The budget captures the mind and desires of Nairobi residents and that is why we have more allocation to ward-based programs,” Mbatia said.

It is not clear why the Finance County Executive Committee Member Allan Igambi was not present to read the estimates as per the tradition set in budget reading. The MCAs also passed a Ksh.13 billion supplementary budget to enable the current regime to pay salaries and clear part of the pending bills. They also gave green light to expenditure on a vote on account of the transition period before the finance bill for the financial year.
Related Topics:CountiesNews
Up Next