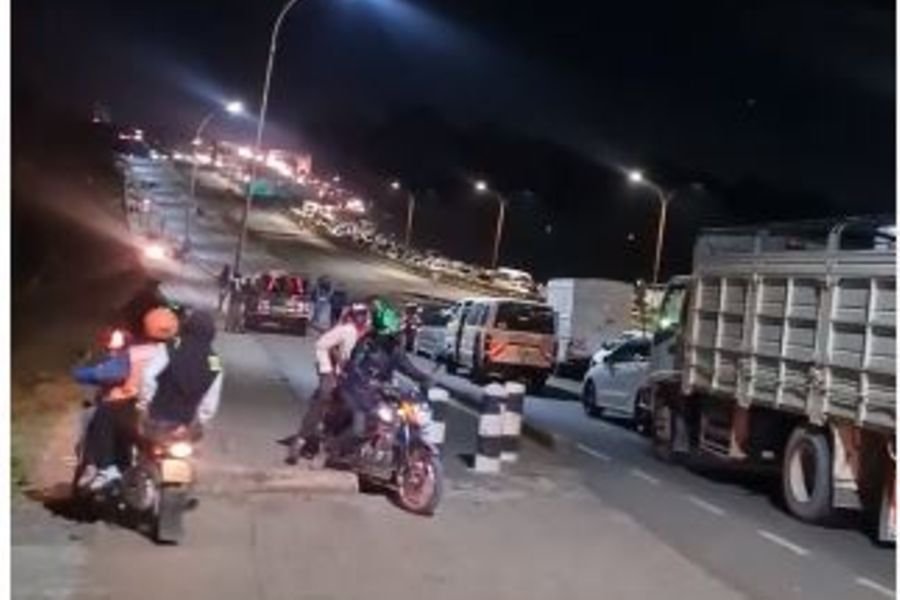 Nairobi residents headed home on Saturday evening were met with a rude shock after the police shut down major routes including Thika Road.

Citing 8pm curfew rules, security officers were adamant that residents would not be let through until 4am when the curfew ends.  Hundreds of Nairobi residents are stuck on busy highways including Waiyaki Way, Lang’ata and Ngong roads.

Those stranded have taken to social media to share their predicament.

“They have said that we shall spend the night on the road till 4am. The cars are not moving on either side and there’s an ambulance with a patient here, who will also have to wait. This is just before Mountain Mall,” YouTuber Diana Marua shared.

The move has been criticised by a section of Kenyans who feel it may lead to formation of gatherings that may lead to more Covid-19 infections.

“Compliance with necessary#COVID19 public health measures is not about TORTURE as happening on Thika Road but about National DIALOGUE and community ENGAGEMENT on protecting lives,” tweeted Dr Githinji Gitahi, CEO Amref Africa.

“Who thinks for this Country? Surely! So they decide to mount a road block in the middle of Thika Road because people couldn’t get home by 8pm?… What nonsense is this?…you want to tell me now Corona won’t be able to pass that roadblock? What the hell is going on?” Posted Xtian Dela.

Others Kenyans, however, supported the move. Abraham Mutai wrote: “I totally support the blocking of Thika Road. Kenyans NEVER respect CURFEW times or even MOH protocols. We only wait for such times to shout our lungs out. If you can’t respect the 8pm CURFEW, sleep on THIKA ROAD. Thank you Kenya Police for following orders. Follow them all the time!”

Police finally allowed motorists along Thika Road to go through. The highway was reported to be clear as at 11.45pm.