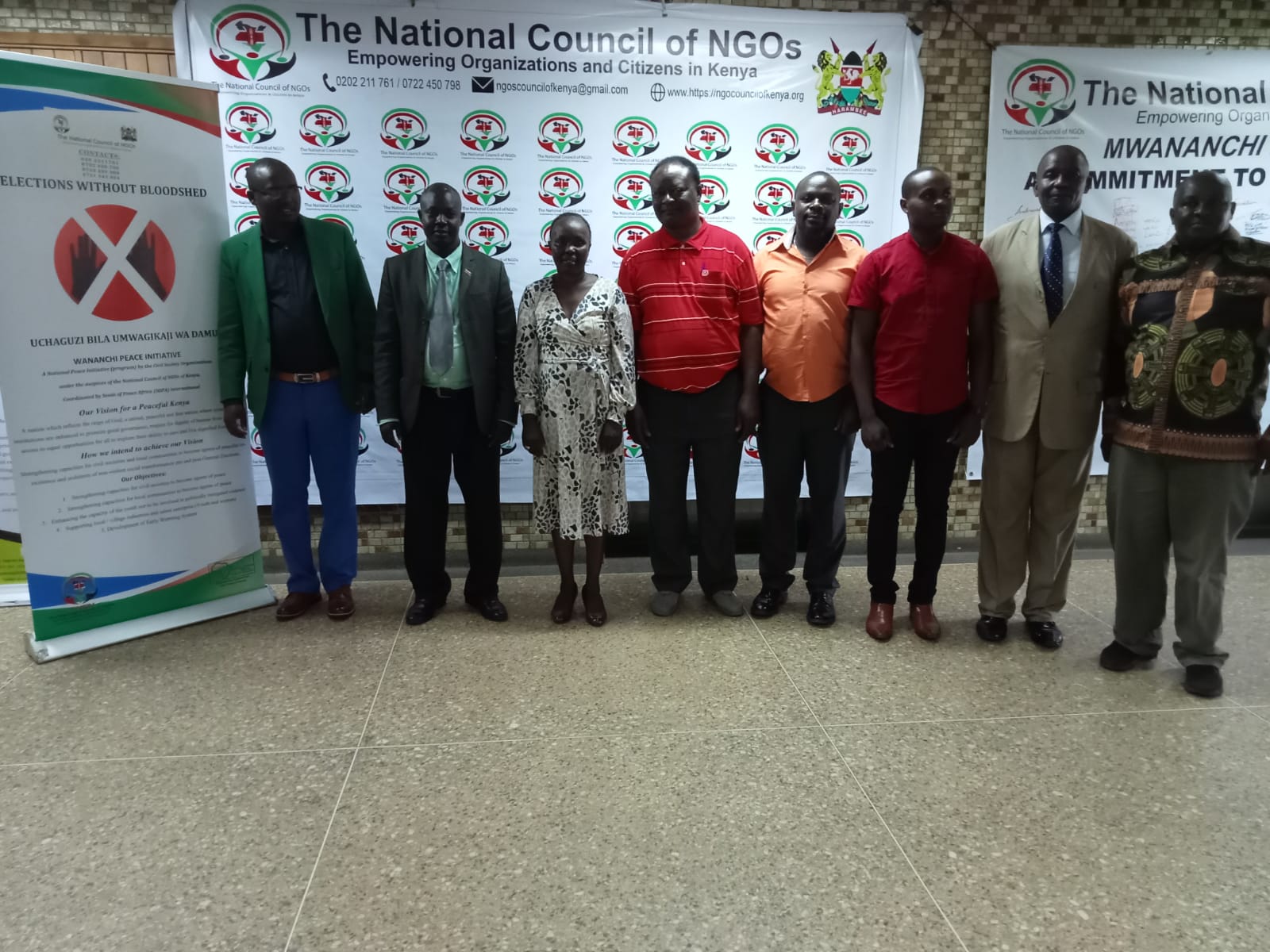 Civil Societies under the umbrella of the National Council of NGOs have urged political actors bracing for Kenya’s forthcoming general election to be held on August 9 to steer clear of political intolerance so as not to plunge the country into unnecessary chaos.

The NGO Council Chairman Stephen Cheboi observed that the alarming trend was likely to result into ethnic profiling which are very dangerous attributes for the fragile Kenyan society that is yet to be fully cohesive.

“We strongly condemn political intolerance among the key political leaders, aspirants of various political offices in the Country and their supporters as high political seasons takes root ahead of the August 9 polls,” said Cheboi.

Cheboi urged political leaders to keep prioritizing issues affecting the citizens as they visit every corner of the country to sell their policies peacefully to the people.

“The National Council of NGOs urges all Kenyans to pay keen attention to every aspirant, the political parties and allow them to share their manifesto peacefully with others in a give or take spirit. The current and aspiring political leaders to always maintain high level of political decorum, tolerance and harmony”, he said.

The NGO Council also called upon leaders to desist from name calling and issuing of hateful remarks or unbecoming behaviors during public meetings.

He asked voters to reject leaders who propagate hatred in the society or use public meetings to incite citizens and sow seeds of discord among peace loving citizens.

Speaking during the launch of NGO Council peace initiative namely “Mwananchi Peace Initiative” Cheboi said the council is mandated to preach peace and urge voters to reject all forms of politically instigated violence before or after the general elections.