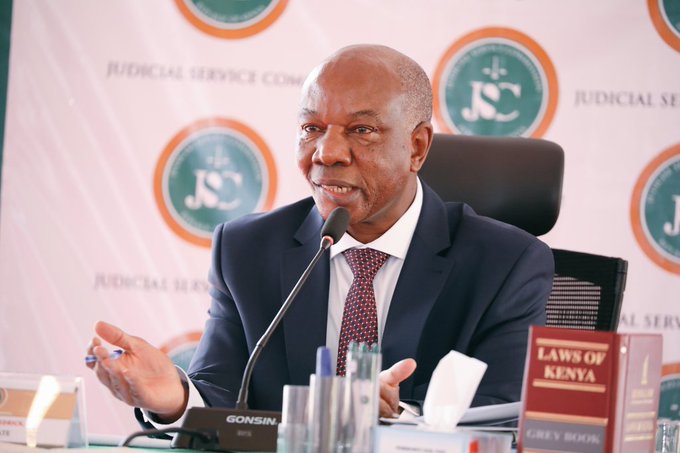 Senior Counsel Fred Ngatia on Tuesday, April 20 opened up on his relationship with President Uhuru Kenyatta.

Appearing before the Judicial Service Commission panel, Ngatia dismissed claims that hoa relatioship with Uhuru will interfere with the independence of Judiciary if he becomes the next Chief Justice.

He clarified that he represented the Head of State on a client-advocate basis, noting that their relationship ended immediately after completion of the case.

“The President appointed me in 2013 as well as 2017 to lead a team. I am forever grateful. Although I acted for the president-elect, I went back to my private practice,” he said.

Ngatia insisted that the President was a client like any other and that he cannot influence him or interfere with his decisions.

He further urged the JSC not to discriminate him because of the people he represented.

“No properly informed Kenyan will conclude that the President can influence me. I have worked for condemned prisoners as well as many other Kenyans. They have not influenced me. Do not discriminate against me for the clients I have acted for,” he said.