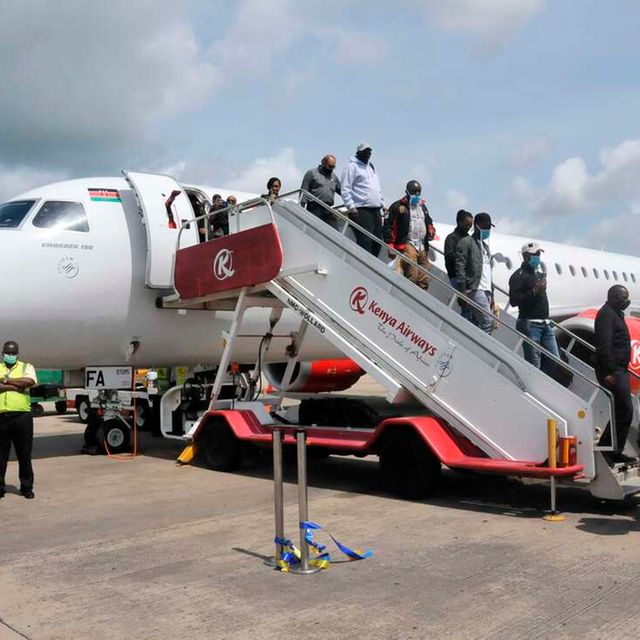 Kenyans in the US and other countries around the world can still fly into their motherland as long as they have the requisite Covid-free certificates issued not more than 96 hours before landing, the government has said.

This despite the latest containment measures announced by President Uhuru Kenyatta aimed at curbing the spread of the dreaded Coronavirus disease.

On Friday, Kenyatta outlined the measures his government was taking, which included cessation of movement to and from the region covered by by counties; Nairobi, Kiambu, Machakos, Kajiado and Nakuru.

It was later clarified that people in that geographical location can move freely within the region covered by those five counties without any restraint.

Elsewhere, the Kenyan embassy in Washington DC was inundated with calls Friday with Kenyans wondering whether they can travel home or not.

“Kenyans have been calling right left and center wondering whether they can still travel. The answer is yes. International travel has not been affected by the latest containment measures announced by His Excellency the President,” said an official at the Kenyan embassy  who did not wish to be identified as he is not allowed to speak to the media.

However, if you land in Nairobi after midnight on Sunday, then you can only travel within the area covering Nairobi, Machakos, Kajiado, Kiambu and Nakuru, unless,  of course, you have a special permit which is issued by the Interior Ministry to essential service workers.

This as the government spokesman Col Cyrus Oguna announce some changes as well as sought to clarify a few details about the announcement made by Mr Kenyatta.

“In its wisdom, the government has extended the transition period until Sunday curfew time. This will give time to people who were away from their homes etc, to move back bay that time before these measure kick in,” he told reporters in Nairobi on Saturday.

“We also wish to announce that the  have plans in place to make sure that students who are sitting their exams right now will get to their homes wthut a hitch wahe they are done,” he added.

Are you obsessed with finding the one? You could be suffering from ROCD