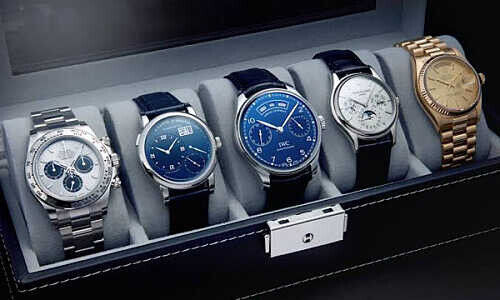 The luxury watchmakers exhibiting at Watches and Wonders, one of the world’s leading salons for the prestige business, rely heavily on Russian diamonds, gold, and other valuable metals.

Within hours after the Kremlin-ordered invasion of Ukraine on February 24, US sanctions were imposed on Alrosa, the world’s largest diamond mining firm.

While trade between Switzerland and Russia is limited, gold is the most common import, followed by precious metals like platinum and unmounted or unset diamonds, as per the Swiss customs office.

According to Jean-Daniel Pasche, head of the Federation of the Swiss Watch Industry, “watchmaking was a branch that was less affected than others by supply problems in 2021” when compared to other sectors of the Swiss economy.

But that may no longer be the case, he admitted, adding that it was difficult to predict the impact on the watch business at this point.

“There are obviously reserves. Afterwards, we will have to see, depending on how long the conflict lasts,” Pasche stated.

Uncertainty over raw materials “will drive up prices, of course” remarked Jon Cox, an industry analyst with the financial services firm Kepler Cheuvreux.

Luxury enterprises, on the other hand, have more discretion to pass on costs to clients than other industries, he added.

The exhibits at the Watches and Wonders salon in Geneva, where 38 manufacturers are showing till Tuesday, are bursting with diamonds, reflecting the industry’s “generally upbeat tone” this year following a successful 2021.

“I imagine product development will move to more subdued luxury goods”, Cox added, given the war and its ramifications.