College graduates who crush stone for a meal 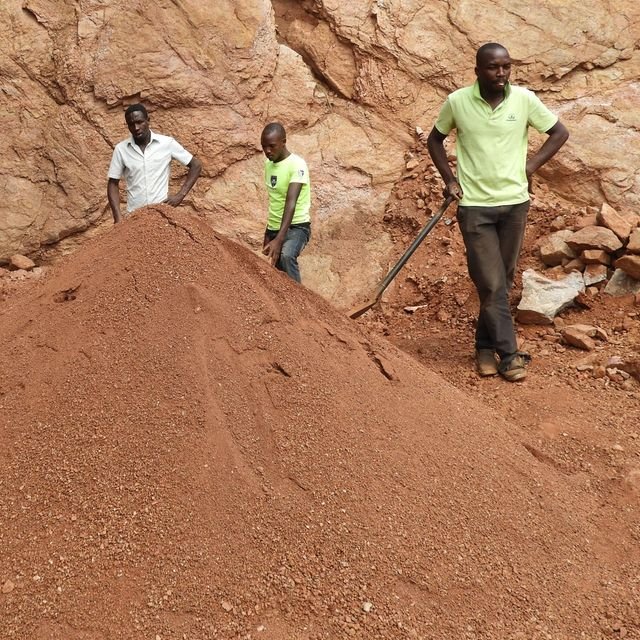 Despite the scorching sun, the group of workers at the quarry pound at the stones with hammers as sweat drips down their bodies.

The hammering and crushing of the stones reverberates in the hot, stuffy air at the quarry in Tendwet village, Kaporuso Sub-Location, in Bomet East Constituency.

But despite the sweltering heat, the 11 workers at the quarry continue with the rhythmic hammering, crushing the stones into tiny pieces to supply the ballast to individuals and firms in the construction business.

Tractors and trucks arrive at the quarry to load the material and take it away.

The work at the quarry is not for the faint hearted. The energy-sapping and laborious job would usually attract uneducated youths in the village.

However, one of the quarry workers is a university graduate, while four have college diplomas in various disciplines. They have not been able to secure formal employment.

Amos Kimutai, 26, is a Bachelor of Science graduate in Petroleum Chemistry from Kisii University. He is from Cheplelwet village, Longisa ward. He told the Nation that he had unsuccessfully applied for jobs and decided to try out anything that would earn him some money and keep him going.

“I have repeatedly applied for jobs in the petroleum sector, the police and the Kenya Defence Forces, but I have not been successful.

“When I graduated, I looked forward to getting employment at the National Oil Corporation, Kenya Pipeline Company or Energy Petroleum Regulatory Authority, but my hopes and dreams have collapsed,” said Mr Kimutai who has worked at the quarry for the last seven months.

He sought employment in the National Police Service and the military for the four years he was in college, hoping to ease the burden his family faced in raising money to pay his college fees.

READ ALSO  Shiru wa GP: My husband got a baby out of wedlock after I failed to conceive for nine years

He hoped to be recruited to the National Police Service or the Kenya Defence Forces (KDF) but he was turned away in both instances and walked home dejected.

“I thought that if I got employed, I would later use the salary to enrol at the university to complete my course, but I failed in both attempts. After graduation, I have attempted to be taken in as a cadet officer in vain,” said Mr Kimutai, who has giving up trying, and now works at the quarry to fend for his young family.

As a quarry worker, he earns an average of Sh100 a day.  This is what sustains him and his wife.

“It takes a day to crush one tonne of ballast, which sells for Sh300, with the owner of the quarry taking Sh200 of the money, leaving us with Sh100,” said Mr Kimutai.

At times, they do not get clients to buy the ballast for up to a week. When that happens, the workers leave the quarry and go out to market the ballast in local trading centres, private homes and learning institutions.

“One is only able to raise the earnings if by luck the client purchasing the goods does not have loaders. Depending on the tonnes procured, one is able to make an additional Sh200 by loading and offloading the trucks,” he said.

Apart from the risks that come with the work due to lack of protective gear that exposes them to injuries, the workers have no medical insurance, and they also have to walk for at least seven kilometres from the village to the quarry and back home after work.

“I have applied for jobs in government and private institutions, but there has not been any feedback. I was told at the County Government of Bomet that I can only be taken in as a volunteer, but that it comes without a salary,” said Mr Langat, a 24-year-old resident of Cheplelwa village.

The father of one said it was unfortunate that the youth could not secure employment even after undergoing training with the government, claiming to have created opportunities for the unemployed. He has worked at the quarry for the past one year.

Mr Johna Korir, another quarry worker, has a diploma in mechanical engineering from Eldoret Polytechnic. He graduated in 2013. He has worked at the site for the past three years.

Mr Korir, 31, from Kertai village, is married with three children. His wife is a vegetable vendor at Kembu trading centre.

Mr Dancun Korir is a holder of both a certificate and diploma in electrical engineering from Sot Technical Institute in Bomet East constituency. He has worked at the site for one year.

“I decided to take up the quarry work as it was the only open opportunity, so that I could at least stop relying on my parents for upkeep,” said Mr Korir, 25, a resident of Kaporuso village in Kembu ward.

The young men said they are usually mocked by villagers, who say that their education did not count for anything if all they have to show for it is the meagre earnings from the manual work at the quarry.

The youths are appealing to the government to create a conducive environment for industries to thrive so as to create jobs in rural areas.

Their situation mirrors that thousands of other young people, and is a reflection of a country whose education system has churned out graduates with a focus on the formal instead of the informal sector.

President Uhuru Kenyatta and Deputy President William Ruto have repeatedly stated that the Jubilee administration has created millions of jobs for youth in the country.

But the Covid-19 pandemic has in the last one-and-half years seen the collapse of industries and massive layoffs, with the economy taking a hit while employers have been urged to allow workers to work from home.

Most of the youths rely on formal employment for lack of capital to go into entrepreneurship, which would spur economic growth in counties and create employment.

Mrs Betty Maina, the Cabinet Secretary for Industrialisation, Trade and Enterprise Development said recently in Kericho that the government had created an enabling environment for Micro, Small and Medium Enterprises (MSMEs) to thrive, create jobs and bolster economic growth.

“The rural-urban migration by youth to look for jobs in the country would be addressed by focusing on MSMEs as a key enabler for economic development as it drives sectoral competitiveness and business innovation that creates employment opportunities,” said Ms Maina.

The government has also been promoting development of Technical and Vocational Training (TVT) centres in constituencies and pushing for enrolment of the youth to take up technical courses to acquire skills that will benefit them by driving opportunities in the informal sector.