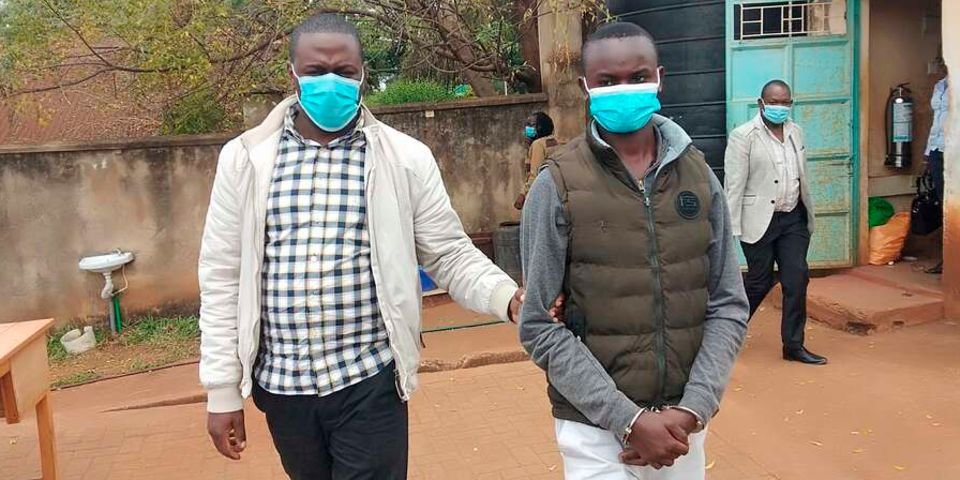 Michael Muthini, the college student who confessed to hacking a Catholic priest to death has been jailed for 30 years.

Ms Muthini  was convicted on his own plea of guilt was sent to jail by Justice Lucy Njuguna.

Justice Njuguna said she considered the fact that Muthini was a first-time offender.

The 26, year old said he murdered Father Michael Kyengo, 43, for sexually abusing him. The judge however said the allegations could not be proved at all.

“If Muthini had been offended, he ought to have taken legal action. Instead, Muthini took the law into his hands and a life was lost,” she said.

The judge also noted that after killing the Father, Mr. Muthini withdrew money from the priest’s bank accounts and continued using the clergy’s vehicle .

The college student had been charged with murdering Fr Kyengo on the night of October 8 and 9, 2019, at Makima location in Mbeere South.

Mr. Muthini, while pleading guilty to the capital offence, told the court how he slashed the priest’s neck with a panga, killing him on the spot, before he stashed the body in a plastic bag.

He then put the body in the boot of a car and took it to the banks of Mashamba seasonal river at Makima in Embu County, and buried it in a shallow grave.

Mr.Muthini  told the court that he acted in anger after the priest took advantage of him and attempted to kill him.