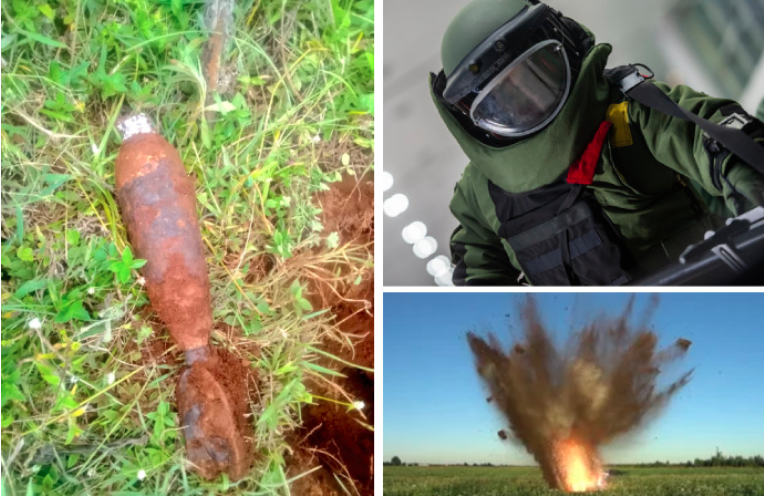 In Kigumo, Murang’a County, a mortar bomb thought to have been used by the British colonial force during the Mau Mau insurrection in the 1950s has been discovered.

The weapon was found by a farm worker in Ngonda village on Sunday, May 8, according to detectives from the Forensic Bomb Disposal and Hazardous Materials Unit, prompting alarm among neighbors.

“The discovery of the bomb brought Ngonda village to a standstill, as bemused villagers milled around the object some claiming in the local dialect, that it was a ‘Karobosta’ i.e a missile, while others claimed that it was an overgrown arrow root,” the Directorate of Criminal Investigations said.

The device was identified as an 84mm mortar bomb by officers from the DCI National Forensic Laboratory.

The weapon was most probably left behind by British forces during the height of the Mau Mau insurrection in 1953, when the colonial army bombed areas of Mt Kenya and the Aberdare woods to clear out Mau Mau militants, according to the George Kinoti-led agency.

On Monday, May 9, bomb specialists plan to destroy the missile.