Colour and fashion as Orie Rogo Manduli is buried 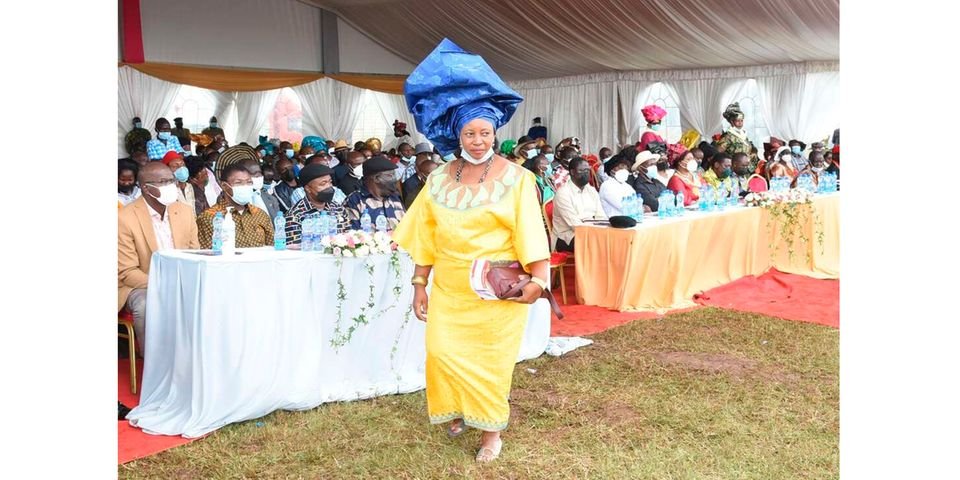 A red limousine transported Manduli’s body to the venue. Most women in attendance wore elaborate headgear and colorful clothes in honour of the late fashion icon.
Orie Rogo had spice, flavour, colour, swag, style and attitude by the megaton and was known for her elaborate headgear. She died of heart attack on September 8 at her home in Riverside, Nairobi.

“‘Manduli as a woman of many firsts and a true trailblazer who will be remembered for the role in gender equality and women empowerment,” Ms Kobia said.

The CS, accompanied by her Defence counterpart Eugene Wamalwa, prayed to God to give the family strength during this difficult time.

”Our thoughts and prayers are with the family she has left behind,” said Ms Kobia.

Mr Wamalwa said that the death of Manduli marks the end of a significant chapter in Kenyan history.

He urged local leaders to honour the late Manduli by embracing politics of tolerance, inclusivity.

”From now on, we don’t want to engage in divisive politics. Manduli has lived with all Kenyan tribes in Trans Nzoia, which is a cosmopolitan area,” Mr Wamalwa told the mourners.

The flashy politician famous for her bold stand on social things and stylish outfit each time she stepped out in public passed away on September 8, 2021.

Mr Natembeya eulogised Manduli as a woman who fought for women and the less privileged in the society.

“I want to challenge Kenyan women to emulate Orie Rogo,” he said.

Senator Wetang’ula said Manduli fought for multi-party democracy in Kenya adding that the country, Trans Nzoia and women have lost an icon who stood for what was right.

Mr Amisi and Mr Wamalwa said the veteran politician was a great pillar especially in agriculture. They said the woman ventured into agribusiness when other people focused only on subsistence agriculture.

Manduli was also the first woman chair of the NGO council, and she fought to be heard in instances where she felt she was not heard or her leadership was being questioned due to gender bias.

The most common altercation she was ever involved in was with Tourism CS Najib Balala, whom she accused of meddling in the NGO’s affairs.

Manduli was the first Kenyan woman rally driver, and she was known for her expensive taste in fashion and headgears that matched her outfits.