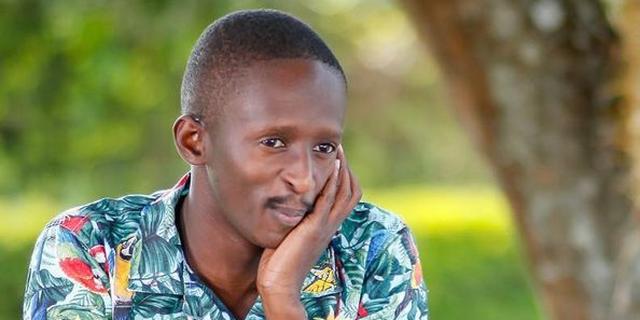 20
SHARES
ShareTweet
By Wanja Waweru
Comedian and content creator Njugush was last night robbed in the CBD.
He has shared the terrifying details that happed on the night of October 6, 2022.
On his social media, he narrated how he saw a woman who appeared to be in need of assistance, and that’s when the drama began.
Here is the rest of the story as he told it.

“So niko tao after kutoka job around 12:00 am. I’m headed home along the University way, mbele naona a middle aged woman limping and I slow down.

“She smells of alcohol but I guess ni stress so I teremsha kioo kidogo, she says she has kids who have not eaten for days.” 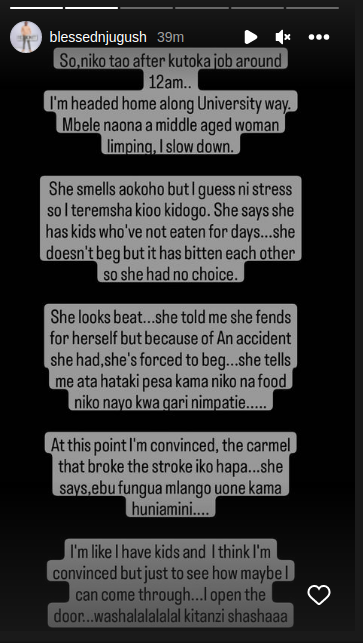 Njugush narrated how two males then approached him quickly and demanded that he open the car doors.

“This whole time nazungushwa jiji trying to piga hazard no one seems to see. At the same time na cooperate kama creameries.

“They transfer pesa and they have the phone. They exit. They told me where to stop and the 2 jamaaas alighted first.

“Mrembo as she tried to alight I saw the phone on her right hand, the engine was running I tried grabbing my phone from her pone from her hand and it fell hapo chini back left.

“I knew that was my que to speed as the guys walikuwa wameanza kurudi. And off I left with the doors jar straight to Central Police Station,”. 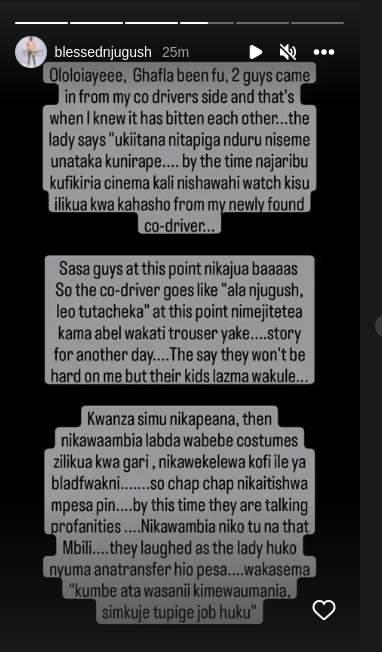 Njugush escaped unhurt but by then he had been robbed of all the cash on his phone. 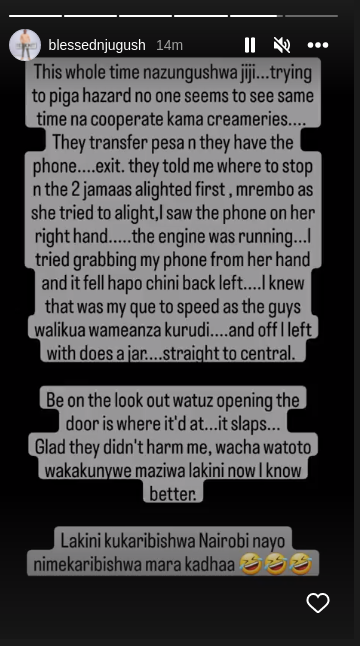 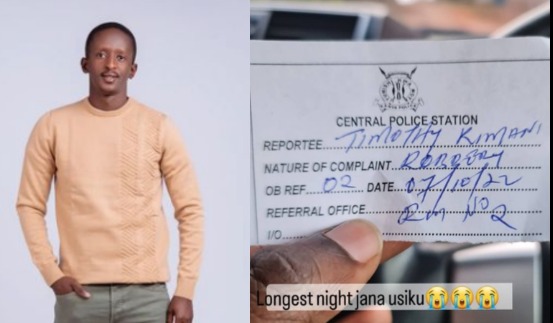