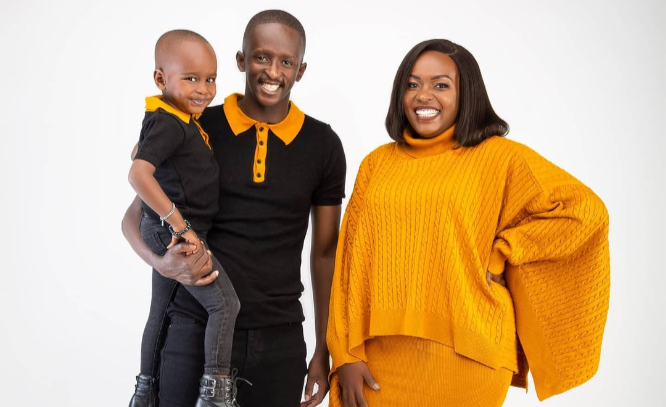 Celestine Ndinda, the wife to comedian Njugush, says she wishes she had her kids in her early 20’s.

Wakavinye as she is fondly known by her fans recently turned 29. Through her husband’s Youtube channel, the mother of one says,

“I wish I had kids mapema. Right now I would be done with kids.’I wouldn’t be 29 and saying I want to add another baby.

Right now I would be having an older kid, then Tugi.  It would have been hard because my body would not have been prepared and I was also not ready mentally but looking at it now  I wish I had.

Now I have to keep in mind that I have 9 more months to carry a pregnancy, go on maternity leave.

I am not complaining, my career is at its peak, I am happy.”