Conflicting reports on the attack on private detective Jane Mugo 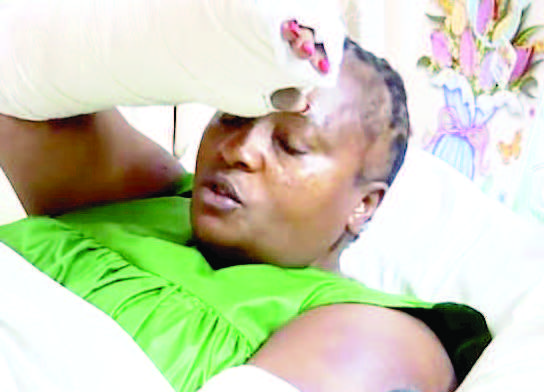 Conflicting statements have emerged on the attack on private sleuth Jane Mugo deepening the mystery surrounding the case on the detective.

There were three reports filed by police in Matungu, Kesses and Koibatek in Kakamega, Uasin Gishu and Baringo counties and all of them seem to be conflicting.

Ms. Mugo is recuperating at a private hospital in Eldoret town.

According to local daily reports Godfrey Mburu, the officer-in-charge of Matungu police post said they were alerted by members of the public about a vehicle that had been left unattended —with the engine still running—along the Mumias-Bungoma road.

Report filed at 6 pm on Thursday also shows that Mugo was attacked by a gang of three that had been trailing them from Bungoma as they headed towards Mumias.

“Members of the public said an unknown white car was chasing the Prado (Mugo’s car) and upon reaching Soweto, occupants of the other car shot its tires and deflated it,” the report.

After Mugo’s car screeched to a halt, the three whisked away from the detective and her friends towards Bungoma. The report says police did not find any bloodstains at the scene.

On the other hand, Mugo filed a report at Kesses Police Station in Uasin Gishu county indicating that she was attacked by unknown persons at Ainabkoi-Kapsabet junction while being driven by her driver, Kevin Okoth, from Bungoma.

She reported that she was in the company of another passenger she identifies as Newton Manyana. She further says they were blocked by a black car.

“Occupants of the said car took control of their vehicle, whisked away from the passengers; leaving her behind,” the report.

The report further indicates that Mugo sustained a deep cut on her head and both hands. A vehicle, two mobile phones and other personal effects were also stolen.

“The victim was assisted by members of the public to Kondoo Police Station where she recorded a statement before being taken to the hospital for treatment,” the report adds.

“The victim cannot exactly comprehend the incident since she is exhibiting signs of being in pain though appearing stable. Scene visited, no arrest made,” the report stated.

And in Koibatek, Baringo county, police said Gerishon Oliver, 26, and Newton Mkoyanzi, 34, reported that at around 4.30pm on the same day, they were attacked alongside Mugo. They said Mkoyanzi was the one driving Mugo’s car at the time of the attack.